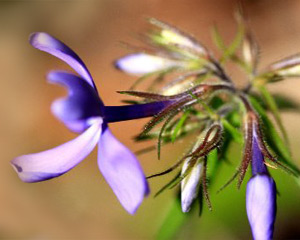 Yes, it is that time of year again. I am late this year as my time at the lighthouse is two weeks later than usual. I will be with different people this year, which will be fun, as I have already met two of the couples. This was not my choice, but apparently, I offended someone last year, (of course I did not find out until 6 months later) and since this someone loves lighthouses so very much I agreed to change my two weeks. To those of you who know me, I would never intentionally offend anyone. I suppose I have offended people in the past but never intentionally. (In my line of work, ER nurse, bluntness is second nature) I have since apologized, and will return to the first two weeks in May next year. I jumped through hoops to rearrange several events, two important ones are my grandson Harrison’s 1st birthday and my 35th wedding anniversary, both of which will be celebrated Memorial Day weekend. I also had to find coverage, as Memorial Day was my holiday to work this year. Thank you Carmen, for working my holiday for me.

It is going to be hard to compress five days into a short amount of space and not bore you. Have you ever been so tired that you really are not functioning and every little task seems like a mountain to climb? This was me this week, I worked three 12 hours shifts in a row, and was trying to pack and do several other chores before I could leave town. I had asked for the night off on Tues. but they were short staffed so in to work I go with a huge chip on my shoulder. Work was the last place I wanted to be. I tried hard not to be cranky but I don’t think it worked. I so needed a BREAK. I was able to leave around 4 a.m. I am usually more excited to go to the lighthouse but exhaustion over took that idea.

I had lists all over the house on several little pieces of paper of things not to forget. The only thing I forgot was the nut bread I made to take to the lighthouse. My husband Ric asked me why I did not save my list from year to year. Probably a good idea, but I never get around to being that organized. I am taking five days of R&R for myself at our cabin. five days all to myself. Whatever will I do? Who cares, and I have no set schedule.

Around 2 p.m. I arrive at our cabin. I was really starting to feel the effects of minimal sleep and made some stops along the way just to get out of the car. I got the cabin opened, all the bird feeders were empty so I filled those and finally thought it warm enough to hang the hummingbird feeder. Then the beloved NAP, I was out cold for two hours. I would get up go for a walk then fall back to sleep. I was out cold (rare, as I do not sleep well in the cabin alone for the first night) until 8 a.m. the next morning. We had severe thunderstorms with lots of rain in the night. In the a.m., (sometime between the proverbial 9 a.m. to1 p.m.) I was to meet Home Depot delivery truck, which had my new stove, at the end of the road to direct them to our cabin. Little did I know they would have a truck the size of a semi, nor did I know that the 3.5 inches of rain would put a small lake at the end of the road. It was determined they could get the truck through the lake but not down our two track driveway. So the delivery guys un-packed the stove and put it in the back of my car and I drove the delivery guys to the cabin and back out with the old stove.