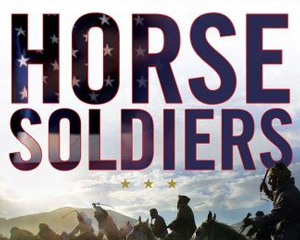 Traverse City author Doug Stanton’s new book, Horse Soldiers, about the first U.S. military campaign in Afghanistan after 9/11, will be featured on the cover of the New York Times Book Review this Sunday, May 17, 2009. Also look for Stanton to appear on the Today Show on Memorial Day. Below is a short piece about Stanton’s book that ran in the May issue of Traverse.

In the months immediately following 9/11, the gigantic and lumbering United States military needed a fast and effective way to oust the Taliban and Al Queda from Afghanistan. To lead the campaign, the nation turned to U.S. Army Special Forces, a highly secret, elite military unit that—unlike its Navy counterpart, the SEALS—works hard to stay out of the press. In a series of smart strategic moves, both bold and nuanced, the Special Forces accomplished in a couple of months what the regular Army’s alternative plan said would take two years.

Traverse City–based writer Doug Stanton (author of the New York Times best seller, In Harm’s Way), explores the campaign and introduces readers to the remarkable men who achieved this amazing military feat. If you’ve been impressed with Stanton’s reporting and writing before, be prepared to be impressed all over again as he delivers can’t-turn-away drama with remarkable scene setting and ability to convey the personal experiences of soldiers.The Special Forces fight a different way, explains Stanton. “They work to understand the complete society, the culture, the economics. It’s not about bullets, it’s looking at the matrix of society and choosing directions based on that,” Stanton says. “War isn’t about blowing things up, it’s about making political change, and this shows how that can be achieved.”

The last couple of years have seen increased discussion of more culturally intelligent ways of fighting war, and President Obama is playing up this idea as he plans a surge in Afghanistan. Stanton’s book is an early, up-close look—as in see it, touch it, feel it—into what may be the future of how the United States goes to war.—J.S.