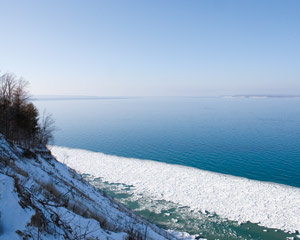 A summary of 2008 state legislative activity from the Michigan Environmental Council.

A flurry of year-end legislation protecting public health and Michigan’s environment passed the Michigan Legislature late Thursday. The measures cap a year of tremendous accomplishments in protecting our Great Lakes, stimulating job creation in the clean energy sector and protecting children from toxics in toys and other products.

The measures were the icing on the cake to a year that saw “firsts” with the adoption of science-based water resource protections, fledging state standards for renewable energy and energy efficiency, and the state’s first rules against lead in children’s products.

“The legislature and Governor Granholm have laid the groundwork in 2008 for what could be a turning point for Michigan—away from failed old environmental and economic policies into a  new, cleaner and more prosperous future,” said Lana Pollack, president of the Michigan Environmental Council.

The two biggest legislative victories of 2008 came after years of advocacy by the Michigan Environmental Council and dozens of environmental, public health and faith-based allies.

The Great Lakes Compact and Michigan-specific water protections provided a firewall against large-scale Great Lakes diversions and established science-based management of waters within the state.

A massive energy package created efficiency programming that will save businesses and homeowners money on utility bills. It also will provide jobs for Michigan-based companies and contractors who provide efficiency products and services.

“The positive economic atmosphere created by the Legislature’s move toward energy efficiency and renewable power was evident during the last few days,” said James Clift, policy director with the Michigan Environmental Council.“Earlier this week Global Wind Systems announced it would invest $32 million and create 807 new Michigan jobs by opening a wind turbine generation system plant in Novi. And last week Hemlock Semiconductor said it would invest up to $1 billion in Michigan and employ 300 jobs in the solar energy field.