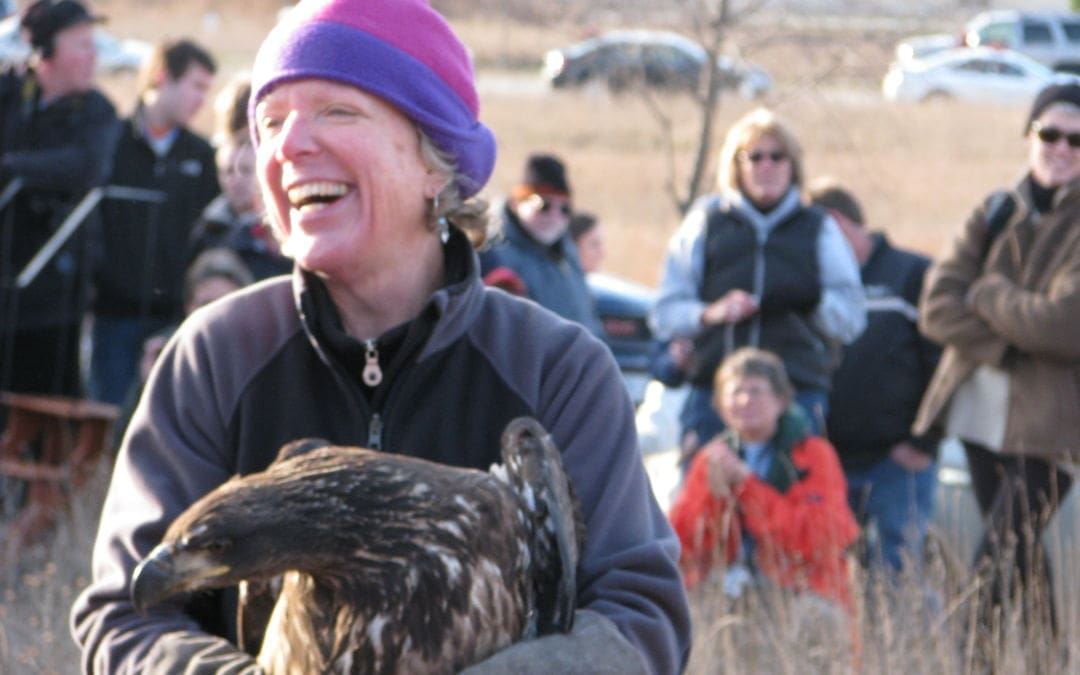 Rebecca Lessard, founder of the non-profit Wings of Wonder, declared it to be her biggest crowd ever for a raptor's release back into the wild. The large crowd was gathered in the parking lot of the Sleeping Bear Dunes National Lakeshore on Saturday, November 29th, on a nippy day. People formed a semi-circle around Rebecca and climbed snow drifts and hillsides in an effort to get a glimpse of the eagle to be released.

The very ill two-year-old, female eagle arrived at Wings of Wonder from Montmorency county on October 1st. Lessard first thought it suffered from West Nile disease, but told the crowd that day that they never really established why the eagle was so sick. The female joined the 11 eagles already in the rehab program at Wings of Wonder, the most the non-profit has ever had. She had to be fed by hand at the start and we all got a lesson in how to cut up a rat without the horrible stench. Tip: Avoid cutting the intestines.

The female eagle progressed from cage size to cage size until she was able to go into the 100-foot space with the other eagles. Lessard noted that at the time she was put into the larger cage she was not yet up to speed but seemed happy to be with the other birds. And her compatriots, presumably noting that she wasn't well, let her eat first. Once she was hardy, however, that ended and it was every eagle for themselves.

"We're glad to be here today," said Rebecca laughing, "because she has just about worn out her stay." The female had grown strong and regularly flew the length of the pen, turned and flew back, only to do it again—a sign that she could hold her own in the open skies. And apparantly, the two-year-old developed a rivalry or spat with a three-year-old female that made the "energy in the pen not very pleasant," according to Lessard. "There was no blood," Lessard said, but the eagles avoided each other in the cage, wouldn't look at the other and talked back.

Lessard brought the bird to the front of the crowd in a cardboard box which she said is the ideal way for an eagle to travel. When they are put in the box they go instantly quiet. There was a gasp when she pulled the bird out. The female was huge with a long beak and talons. Lessard explained that the completely brown bird would not show any signs of the telltale white for another couple years and would have the full white markings at five years old.

Everyone who wanted to get a closer look or take a picture was able to briefly gather round the bird, held firmly against Lessard's chest. She explained that a two-year-old eagle is kind of a cocky adolescent so there was no predicting what the bird would do when released. The female may fly straight away in search of thermals or may decide that the warm air above the crowd was just what she needed and swoop low above the crowd. Lessard warned that the bird may even use a head or a shoulder of someone in the crowd to push off of to get a bit more speed and height.

When the time came, the crowd counted down and Lessard opened her arms. The huge wings flapped instantly and the eagle flew low, straight away from the crowd and was lost to sight by most of us. Then suddenly, she gained altitude and rose into the sky with an absolutely fluid, magnificent grace. She headed toward the dunes and water, but when she got over a stand of trees she must have found a thermal and she simply rose and fell in circle upon circle as we all watched in wonder. And then, she was gone into the wild.

Watch a video of the eagle up close. And then a very short clip as the eagle is released. 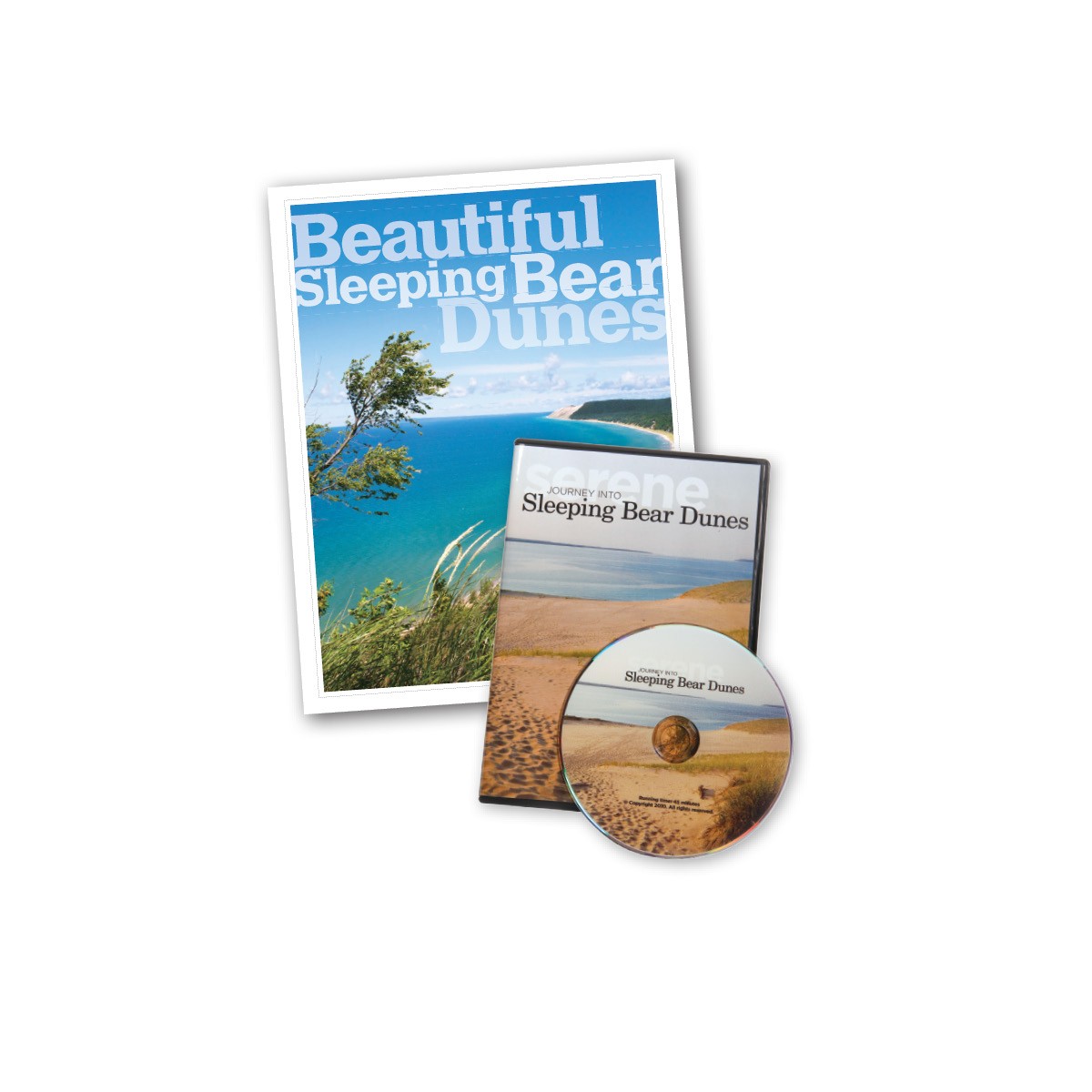