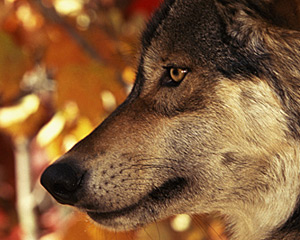 A U.S. District Court in Washington, D.C. has overturned a 2007 decision by the Fish and Wildlife Service that had removed the gray wolf from endangered species protection in the Upper Midwest. The decision focused on the question of whether the administration could remove protection from the animal in one area of the country if the original listing was based on nationwide protection. Near term, the decision will mean that livestock owners will not be allowed to kill wolves that are preying on their herds; the only allowable wolf kill involves imminent harm to a human. Longer term, the decision hampers state’s desires to fully manage their wolf populations—most notably through hunting seasons. Minnesota had already implemented a hunting season in which 130 wolves were killed. Wildlife biologists estimate there are 4,000 gray wolves in Minnesota, Wisconsin and Michigan, with about 500 in the Upper Peninsula and on Isle Royale. The administration is evaluating whether to appeal the decision.