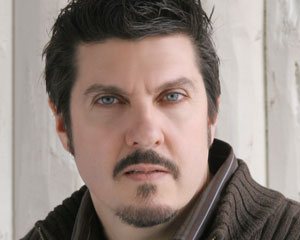 Last November, Traverse, Northern Michigan’s Magazine ran an excerpt from Detroiter Joe Borri’s new book,  Eight Dogs Named Jack: And Fourteen Other Stories from the Detroit Streets and Michigan Wilderness, which was exhuberantly received by our readers, many of whom clamored for "more Borri!" Borri’s book went on to win the 2008 Independent Book Publisher Association (formerly PMA) Benjamin Franklin Award for Best New Voice (Fiction); the 2008 Independent Publisher Book Awards’ (IPPY) silver medal for the Great Lakes – Best Regional Fiction; the 2007 ForeWord Book of the Year Silver Award for Short Stories, and was a finalist in the 2007 USA BookNews Best Books Awards for Short Story Fiction.

We are thrilled for an opportunity to talk to Borri about his work, and to excerpt another great short story set in the north, "Bow Season," here on MyNorth.com

A lot of these stories are raw, gritty, very real-to-life. Where did the stories come from?

Sometimes I think they were there all along, waiting for me. I think all stories are in some way the experience of the writer. Growing up in Detroit during the 70s, especially those years following the riots, there was a lot of peripheral tension that attached itself to me. The emotions of my youth tend to flavor many of my stories.

My father was a Detroit policeman, and was working in the middle of all that turbulence. I have clear memories, seeing him come home disheveled, his face bruised up, and correlating those images with those in the media, it all stuck to me. I recall the uneasiness in the tone of my parents’ voices when they discussed the events of the day. From 1970 to 1972, the deaths of a best friend and my older brother caused a profound sadness that I still feel, mainly in the fall months. Those two events changed the arc of my life, causing me to question everything I’d been taught about faith and the safety of the world in general. And yet there was always humor in our household. The two emotions definitely can dwell side-by-side.

I can’t imagine growing up anywhere else but Detroit. We lived right on 7 Mile, which was like a freeway, so there was constant traffic noise and street activity. And while Copper Corner (my near East Side neighborhood, so named for all the cops living there) was relatively safe early on, it was very polarized back then. There were invisible dividing lines that whites and blacks knew not to cross. The neighborhoods were changing and the races didn’t intermix—you just didn’t see it, which is different from where I live now, in the western suburbs of Detroit. It was obviously a very different time.

My dad was a tremendous storyteller and can still command the attention of a group when he tells a joke or story, and many of those retellings stayed with me. Stories from family gatherings, et al, you pick up a lot through transference alone. Add twelve years of Catholic school, going away to a small town for college, where I met other interesting characters—all it continued to ruminate. Most of the interesting stuff is based on peripheral characters of my family.

Later, when I met my wife, Maria, I gained a whole new family. I’m Italian, and she’s Sicilian, so there are similarities, yet the two have differences. Food for example; pasta sauces, amogue, olives, cheeses. I like to listen to people; the way they talk; observe their mannerisms; body language. Regarding her family, I noted the way some of the men handled confrontation. Stories they would tell about past situations, usually while we were on hunting and fishing trips or attending weddings or funerals, were relayed to me casually, the way one might comment on the weather. That’s gold for a writer.