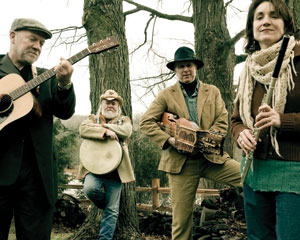 You know how NMEAC was planning to host a three-band concert at Milliken Auditorium on November 14? So many folks are planning to attend, the show’s moving to the historic City Opera House.

The 7:00 p.m. concert promises to be a fun-filled evening of great music for a vital cause, the Northern Michigan Environmental Action Council’s Environmental Legacy Fund, which will provide financial resources NMEAC and regional partner organizations need to address growing threats to the North’s water, air, wildlife and economy. The concert will include Benzie County’s Song of the Lakes, folksinger Robin Lee Berry & Friends, and the exciting new band, Phenomenal Head.

General admission to the concert is $20, with reduced rates for children, students, and seniors. For more information, please contact concert coordinator M’Lynn Hartwell at 943-4000 or NMEAC chair Greg Reisig at 231-264-8396. Additional information can be obtained by calling the NMEAC office at 231-946-6931 or visiting NMEAC.org.

The Northern Michigan Environmental Action Council. The group was founded in 1980 and is the region’s oldest and best-known grassroots environmental advocacy group. NMEAC’s mission is “preserving the natural environment through citizen action and education." NMEAC has had significant success in stopping polluters, preventing bad development and launching wide-reaching initiatives such as the Grand Vision process, which NMEAC co-founded in 2005.