Behind the Scenes: Youth in Revolt 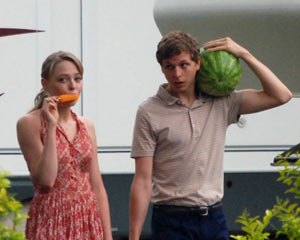 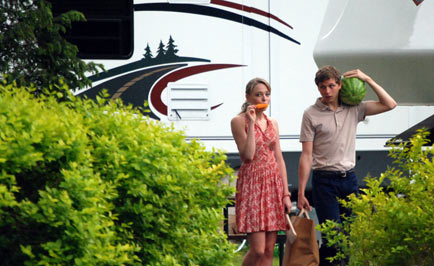 Scouts from Dimension Films began sniffing the fresh Northern air this spring, and, lured by Michigan’s movie production tax incentive (the highest in the nation at 40 percent; 42 percent in 103 cities), director Miguel Arteta arrived in the mitten with cast and crew in June to film the comedy Youth in Revolt, due out in December. 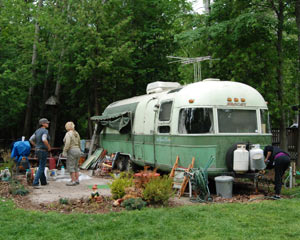 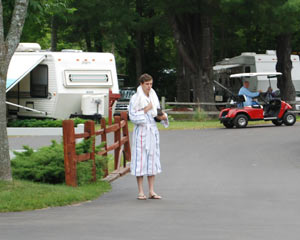 Crewmembers took over three camping slots to build an over-the-top two-story trailer for the set, and the camp office was changed into a church. The cast worked 12-hour days, says park co-owner Marilyn Wilson, but in the downtime snuck in some foursquare with the campers. “Justin Long went jet skiing in Lake Leelanau,” she says. “And many of the crew went for pizza at Dick’s Pour House. The crew was wonderful. After they left, everything was back put back the way it was immaculately.” 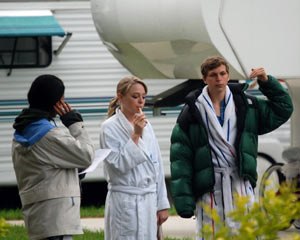 Filming continued down the coast in Frankfort, where some of the book’s most evocative moments (Twisp cross-dresses for the latter third of the book), came to life on Main Street. Bob Korten saw it all out of the front window of his bakery, where days earlier, the doughnut shop scenes were shot. “They were here all day for only five minutes of dialogue,” he says. The bakery’s retro stools were swapped out for booths, and replacement speckled linoleum floor, unable to be matched, was meticulously hand-painted, as was a “donuts” sign on the window. 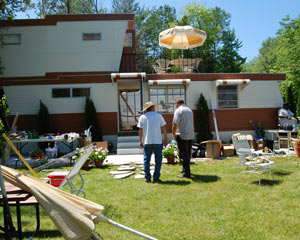 Korten’s homemade doughnuts will have a cameo in the film (all baked goods were approved with the YIR props person.) “These were wildly decorated,” says Korten. “Doughnuts play a large part of the main character’s idiosyncrasies.”

As with the Lake Leelanau RV park, the crew put everything at the bakery back just the way they found it, but stop in at Crescent for a doughnut, and a little movie nostalgia—the hand-painted “donuts” sign still graces the front window.