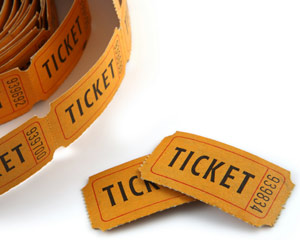 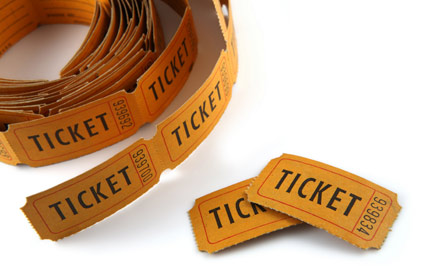 On Saturday night at the Friends of the TCFF party, Michael Moore urged everyone present to spread the word that tickets to many outstanding movies are still available. Since he personally has chosen most of the roster he joked that his feelings were a bit bruised that some of his favorite movies this year were selling slowly at the festival. Here’s an email he sent the volunteers to the festival this weekend:

“We’re days away from the kickoff of this year’s fest and I’ve had many people stop me on the street because they’ve heard we’re all sold out.

Nothing could be further from the truth!

In fact, some of my favorite films in this year’s festival—films that are among the best films I’ve seen in years—are the films with way too many tickets still available. These are movies with no stars, weird titles, or movies that deal with the unpleasantness of a world we would all just as soon forget on a beautiful sunny day in northern Michigan.

I know how a lot of you feel. You figure, ‘I have just so much time, I don’t want to take a risk on something that I may not like.’

Well, I want to encourage you to take that risk, to try something completely unknown, to make a leap of faith that you won’t regret, I assure you.

And really, how much faith are we talking about? After all, I mean, hey—it’s me! Have I steered you wrong so far? I only bring great films here, films that move you, make you laugh, encourage you to think, films that take you to places you’ve never been before. I don’t bring the mediocre, the mundane, the same old same old, the stuff that insults you, or stuff that is so esoteric you can see the director was out to please an audience of one—himself.

At this year’s festival I am bringing five films from Muslim countries—half of the directors are women, something you’d never see happen in Hollywood. I’ve titled this section "Movies from People Who Want to Kill Us." I hope that isn’t keeping people away! These filmmakers don’t want to kill you! What they’ve done is made some incredibly wonderful movies.

A group of kids secretly record their life at a Baghdad high school. This is gripping filmmaking and it’s called Baghdad High. Nothing you see on the nightly news can match this inside look at what life in Iraq is really like. It’s funny, sad, sweet, and fresh. The director and one of the kids will be here in TC for the screening, and they’re doing a student workshop, too.

A woman decides to invite a dictator to dinner. He accepts. She asks to film it. He agrees. A modern-day My Dinner with Andre, My Dinner with the President is a fascinating look at what’s going on in Pakistan. I thought I understood the Pakistani situation, but I left this movie with a much clearer picture. This is an amazing documentary every American should see.

Buddha Collapsed Out of Shame is one of the top three foreign films I’ve seen this year. I didn’t want to watch it ’cause of the title. Boy, am I glad I did. This fictional film follows a 6-year-old girl who is determined to go to school, no matter what the obstacles. Jeez, I just loved this movie. A wonderful celebration of the human spirit. My second-favorite film of the festival.

One of the great, great films of this festival—certainly one of the best documentaries I’ve seen in years—is called Anvil! The Story of Anvil. I’m concerned that people will stay away from this movie because it is about a heavy metal band and perhaps there aren’t that many metalheads among you. You do NOT need to like heavy metal to love this film. Anvil is the band that essentially invented heavy metal—but they were a couple years too soon. Other bands were inspired by them and went on to fame and fortune. But the band who invented the genre? Well, the lead singer delivers school lunches to elementary schools these days. But he and his bandmates haven’t given up.

Anvil is at times hilarious (these guys are the real life Spinal Tap) and bittersweet (meeting with record companies in the hopes of finally, after 30 years, getting a break). This film has everything you hope to get from a movie, and I can’t recommend it enough.

And here’s the bonus: as the movie ends on Friday and Saturday nights at Lars Hockstad, Anvil itself will take the stage and play a set live for the audience. You’ll get the movie that just won the L.A. Film Festival’s and the Galway Film Festival’s award for "Best Documentary" and a live, brief rock concert—all for 9 bucks! Don’t miss THE event of the season this coming Friday and Saturday nights in Traverse City!

I’ll have more movies to discuss with you in my next email. Do me a favor and give one of these movies a shot. You’ll be pleasantly surprised!”

The 4th annual Traverse City Film Festival opens Tuesday July 29 and continues through Sunday August 3. Order your tickets at traversecityfilmfest.org, or by phoning 231-929-1627.