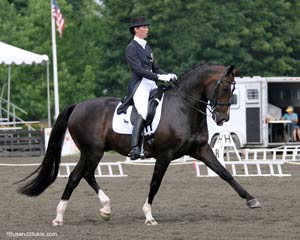 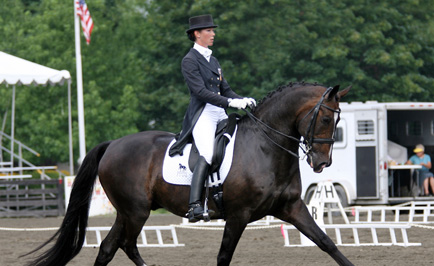 Courtney King is going to Beijing. The 30-year-old Harbor Springs native qualified for equestrian dressage during the recent Olympic trials in California, where she broke the 75-percent scoring barrier—a feat no American before ever has managed. The equestrian world is atwitter with talk of Olympic gold.

“She told me when she was nine years old that she was going to the Olympics,” says King’s mother, Kellison, of her daughter’s lifelong passion. “I believed her, but I couldn’t help. I never had a penny to give her. But she started mucking stalls before school each morning—after walking three miles to get there. She was determined.”

King’s determination has certainly paid off, but like any Olympic-bound athlete, she’s finding that getting to the worldwide competition is a pricey undertaking. (As a measuring stick: getting to and competing in the trials in California cost King $75,000+.) Here’s how you can help:

Where: Stafford’s Pier in Harbor Springs

What: Under the tents, guests will find complimentary hors de oeuvres, videos of King (who is currently training in Germany), as well as a cash bar.

Courtney is a recipient rider of the non-profit corporation, Medal Equestrian Foundation, a non-profit 501(c)(3) corporation formed to help raise money to assist developing Dressage Riders with their goals of competing nationally, internationally and, ultimately, in the Olympic Games. Medal Equestrian Foundation seeks donations from people who would prefer to support specific athletes rather than make general donations to the Olympics Committee, medalequestrian.com.

Read more about Courtney King’s quest for the Olympics at counrtneykingdressage.com.