Kudos from the Chicago Tribune 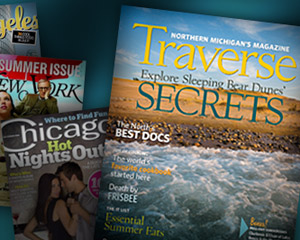 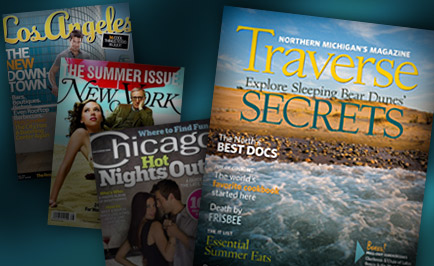 The Chicago Tribune names Traverse, Northern Michigan’s Magazine, one of its top 50 magazines.

Excuse us while we blush … and then flaunt our fabulousness! Our publishing neighbor across the big lake, the venerable Chicago Tribune, last week announced its 50 favorite magazines, and Traverse, Northern Michigan’s Magazine, made the hot list.

Alongside heavy hitters like Gourmet, The New Yorker, Wired and Esquire (and lesser-known but equally, uh … inspiring magazines like Modern Drunkard and G-Fan, the latter magazine dedicated to folks obsessed with Godzilla), Traverse was named a favorite in the category of magazines about places.

Said the list compilers of Traverse: "This little-magazine-that-could is as breathtakingly gorgeous as the region it covers: the environs around Traverse City in northern Michigan—a go-to summer spot for Midwesterners. With its mouth-watering food articles ("Best Places To Boat to Dinner") and other hyper-local editorial, Traverse is beloved by visitors and residents alike."