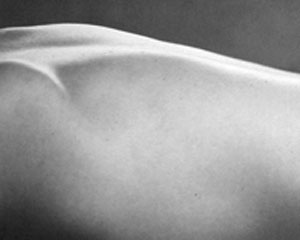 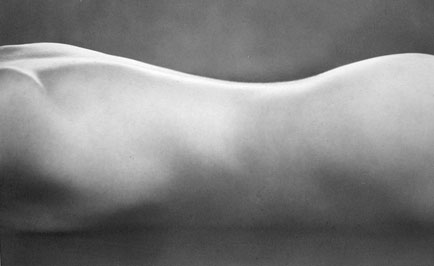 A rare and valuable photograph that sold for more than a million dollars a few months ago in New York City has caused a bit of a buzz in Northern Michigan.

Auctioned off in April by Sotheby’s in New York City, a highly modernist black-and-white nude portrait by early 20th-century photographer Edward Weston fetched $1.6 million. The photo was originally thought to be one of only three identified prints—until Dennos announced it possessed a fourth print of the photo in its permanent collection.

Eugene Jenneman, executive director of the Dennos Museum Center, contacted Sotheby’s after seeing a news report about the record auction price and realizing that Dennos had a print of the same photo.

The photo was given to Dennos in 1989 as a gift from retired Northwestern Michigan College art instructor Jack Ozegovic, his wife, Ann, and Judith March Davis, who had acquired it from her father’s estate.

The photo will be on display as part of the upcoming exhibit, “A Growing Legacy: Recent Gifts to the Museum” that will run until October 5.

Jenneman says the museum has no intentions of selling the photo due to its usefulness as a resource to photography students at NMC and to the local community.

“This is a small photo with a big legacy,” Jenneman said. “I knew, when the print was gifted to the then under-construction museum, it would be one of the most important works in our collection, and it indeed appears to be much rarer than we might have expected.”

Dennos is now one of only two museums to hold the Weston image. The other is New York’s Metropolitan Museum of Art.

For more information, contact Dennos Museum Center at 231-995-1055 or dennosmuseum.org.