Celebrate with The Dairy Lodge’s Shirley 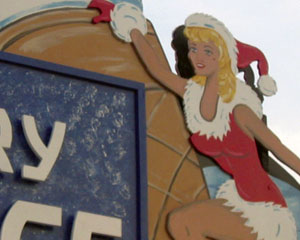 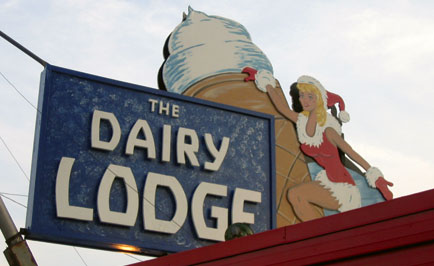 The Dairy Lodge in Traverse City

Come out to the Traverse City’s West Side ice cream haven, The Dairy Lodge, to get slice of birthday cake and a twirl of soft serve dished up by Carol Popp, who co-owns The Dairy Lodge with her husband Ray.

The Popps will celebrate The Dairy Lodge’s 50th anniversary from 1 to 4 p.m. Saturday, July 19, with special events, games Popp promises all ages will love and a visit from the live "Shirley," the sassy blond who has been perched on the sign’s igloo since Al Hepler began running the place in the 50’s. Popp says back then, “the kids called her Shirley, after Al’s wife.” Shirley became a brunette when the sign was repainted decades later, and a ruckus arose when the sign’s original painter, Mel Timmerman, updated the sign, restoring Shirley’s blond locks.

"We use the original sloppy joe recipe that Shirley used when the place started in 1958," says Popp.