Traverse Magazine Editor Jeff Smith shares some of his favorite campfire recipes. From savory to sweet, the easy Northern Michigan recipes below are for those longing for an alternative to S’mores. And their ooey-gooey delicious is divine.

A marshmallow roasted over a campfire. A chocolate bar. A graham cracker.

I like each of these things. And in theory, I’d like them assembled into the smeary sandwich called S’more. But for me there’s a gulf between the theory of the S’more and the reality of the S’more. I don’t like how the graham cracker fractures into a crumbly puzzle. The marshmallow cools too quickly. The chocolate, which camp lore assures me will melt, never really does. And sorry to say, the taste doesn’t deliver. Instead of a blending for a greater taste goodness, each taste remains distinct, and a battle for dominance ensues. Indeed, I never want “some more”—a contraction of which forms the name S’more.

During S’more nights in my family, I roast a couple marshmallows and eat them. Then I eat a Hershey bar. Then another one. Maybe I’ll have a graham cracker. Maybe not.

As you might expect, being critical of the S’more is heresy in the realm of Traverse, Northern Michigan’s Magazine. For many of our readers, the S’more evokes all things good about family, nature and spiritual well-being—the most comforting of all comfort foods. When I first proposed a story about options for people who don’t care for S’mores, Deb Fellows, who founded Traverse 28 years ago to celebrate the traditions of the North, blanched. Her face drew tight in fear. “You cannot criticize the S’more—do you realize the letters I’ll get?”

But I know some of those letters will express gratitude because I have met others like me around the campfire. They see me eating a chocolate bar raw and say, “you just eat it like that?” And I sense they want to share more.

“S’mores don’t do it for me,” I say. I peer into their eyes, beyond the reflection of the firelight flickering on their corneas, deeper, to where truth resides, and I search for the glimmer of like-mindedness.

So this is for people like us, campfire fans who want an alternative. I set two criteria. First, like the S’more, the S’more replacement had to be simple enough for a 6-year-old to make. Second, it had to be made with readily available ingredients—food likely to be found at stores where the guy behind the counter hasn’t shaved and the cooler holds tubs of insects and worms beside the ice cream.

For ideas, I talked to chefs, I searched the Internet, I interviewed campers. Then, on a clear July eve, I headed to Good Harbor Beach with experimentation in mind and a team of taste-testers in tow. The crew of experts was my wife’s extended family, Busha Elaincha, Uncle Leon and Aunt Constance, Aunt Rosalia and Uncle Gary. Some siblings and in-laws. Some cousins and kids of cousins. Nieces, nephews. The youngest was 13 months; the oldest was 63 years. They were of Polish descent, for the most part, people who like to sit close and eat. No kielbasa or potato salad was allowed in the testing area so we could focus on the campfire food test at hand.

We lit the fire, set up a card table and unpacked the grocery bags. Tortilla shells, chocolate chips, oranges, eggs, chocolate sauce, marshmallows, crescent-roll dough, aluminum foil, more. And the concocting began. Presented here are the favorites. Nothing appears that rated below 7 in my completely subjective 1-to-10 rating scale, 10 being best. 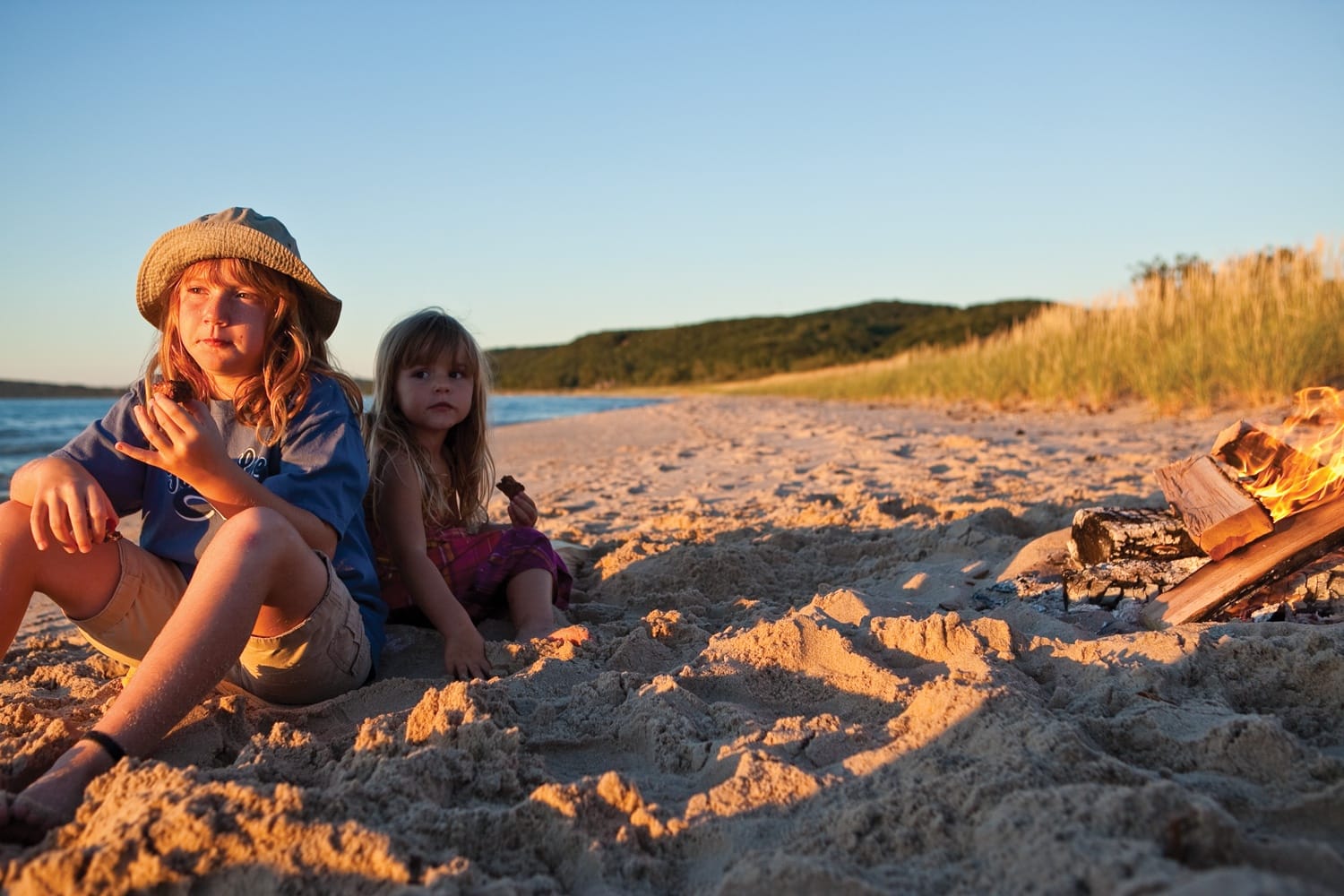 With “easy” as a guiding principle, we began easiest of all.

This flavor was more evocative of autumn than of summer’s height, but was tasty nonetheless.

The experimentation options on this one are multitudinous. Consider this recipe a starting point.

We never thought this would work, but it did.

I’ve long been a fan of petit pains (croissants with semi-sweet chocolate inside). This isn’t that, but it’s a pretty good approximation for cooking on the beach.

This is for y’all who don’t care for sweets.

Did you know you can cook a meal in a bag? Well,  you can. And it’s pretty awesome!

Despite my dim view of the S’more’s taste and texture, I appreciate its stature as a confectionery convergence of grand scale. Here, then, is my tribute to the S’more, a brief historical tracking of a campfire favorite. You’ll respect the S’more even more when you learn how the three pillars of its construction traveled from three continents to end up in a recipe first published in Tramping and Trailing with the Girl Scouts, a 1927 handbook by Girl Scouts of the USA. 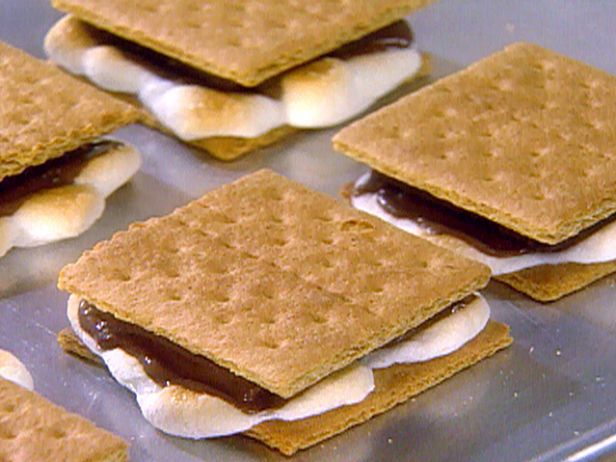 Native Americans in Central and South America were the first to consume the nut of the cacao plant perhaps as long as 3,500 years ago. They ground the bean and mixed it with chili peppers for a bitter but revered drink thought to be an elixir and aphrodisiac. In the 1500s, Spanish conquerors carted the cacao-bean drink back to Europe, but many people found it distasteful. It wasn’t until the late 1800s that Europeans figured out how to extract the bean’s butter and mix it with powdered milk to make the smooth addiction we know today.

Anthropologists generally credit Egyptians with inventing the marshmallow treat, perhaps 4,000 years ago. They made their candy by capturing sap from the root of a salt-marsh plant called the marshmallow and mixing it with sweeteners to form a foamy substance. Eventually 20th-century technology eliminated the need for the marshmallow plant and replaced it with gelatin, corn syrup and an extrusion process to give us that gooey but fat-free campfire stalwart.

Thank the good Reverend Sylvester Graham (1794-1851) for bringing us graham flour (a whole-wheat flour ground somewhat more coarsely than regular grind) and the tasty graham cracker. The controversial Connecticut Presbyterian advocated vegetarianism and abstinence from alcohol and sex. Graham crackers, he said, helped alleviate lustful desire (another reason to not like S’mores?). Nowadays, that benefit would be largely lost anyway because most commercial graham crackers are made with white flour, which Reverend Graham opposed on nutritional grounds.