Jane Johnston Schoolcraft Gets Her Due 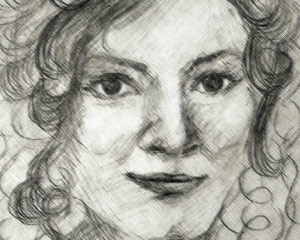 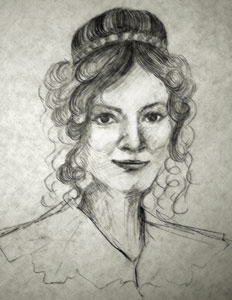 Jane Johnston Schoolcraft (born Bamewawagezhikaquay, Ojibwe for The Sounds the Stars Make Rushing Through the Sky) died quietly and unexpectedly while sitting in a chair in 1842 at the age of 42. Her husband, Henry Schoolcraft–former Indian agent for the Michigan territories, collector of the Native American legends that spawned Longfellow’s “Hiawatha” and owner of a legendary ego–was characteristically not at her side. Over the years, this fascinating woman’s legacy had drifted into her famous husband’s shadow. And so did her poems, stories and singular outlook as a part-Ojibwe, part-Irish woman of the Great Lakes frontier.

In the new book The Sound the Stars Make Rushing Through the Sky (2007, University of Pennsylvania Press), editor Robert Dale Parker gives Johnston her due as a 19th-century literary figure. The Johnston that Parker reveals is talented, educated, pious, sometimes saucy and, occasionally, penetratingly brilliant. She was also a victim of grief, ill health, racial prejudice and, in her later years, likely addicted to the oft-prescribed 19th-century opiate, laudanum.

As part of the Library of Michigan’s 2008 Notable Authors Tour, editor Parker will be at Kalkaska County Library on May 29 at 6 p.m. for a reading, Q&A session and book signing. For more information, call 231-258-9411.

…Here, there are no false displays,No lures to lead in folly’s maze
Or fashion’s rounds to hurt or kill.No laws to treat my people ill.—Jane Johnston Schoolcraft, written originally in Ojibwe at Castle Island, Lake Superior.