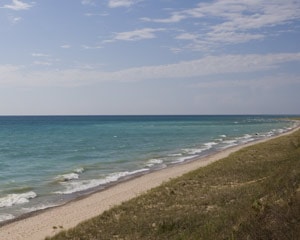 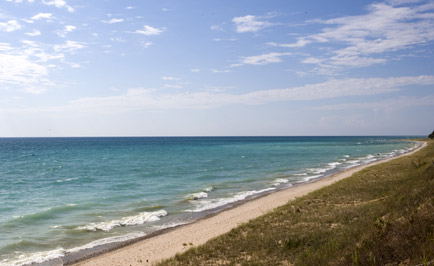 "I think it sends a message that they’re not really concerned about the future availability of Michigan’s water," said Cyndi Roper, director of Clean Water Action Michigan.

The bill package in question would allow companies to pump up to two million gallons per day without having to apply for a permit–and wouldn’t require one for withdrawals of up to 25 percent of rivers and streams. A later vote in the Senate set the permit limit for bottled water companies at 200,000 gallons a day, but left other users at the two million gallon limit.

Another issue that troubles environmental groups is when the Senate’s measure would be enacted–currently the package is open ended, which could lead to a run on applications by companies to be grandfathered in before the bills take effect. The bill package also included the ratification of the Great Lakes Compact, a proposed agreement between the eight states in the Great Lakes Region as well as two Canadian provinces, which would limit the diversion of Great Lakes water to any other area unless all members of the compact agreed upon it.

Although all parties agree to the compact ratification portion of the bill package, Clean Water Action is not alone in opposing the water permit elements of the Senate package. Groups such as the Michigan Environmental Council also expressed concerns, and cited the House’s equivalent bill as an alternative. "We oppose the bill because we don’t feel it’s strong enough," said Hugh McDiarmid, spokesman for the council. "The two million-gallon threshold is too high. The House proposal has a 1 million-gallon threshold, and while we’d still like to see that lowered, it’s better."

Not all groups are in opposition to the Senate’s bill package, however. "We believe (the bills) are a step in the right direction," said Matt Smego, legislative council for the Michigan Farm Bureau. What appealed to the Farm Bureau was the Senate’s use of a new science-based water use assessment tool, which can calculate the effect water withdrawal would have on the lakes. The new ability to estimate the impact of withdrawal on the lakes could make the permit issue a thing of the past, Smego said.

"In proactively determining the result (of withdrawal), we wonder exactly what environmental protection that a permit provides," Smego said. "It would require more state resources toward a program that doesn’t provide any addition resource to the public." By trying to place stricter limits on water withdrawal, the state would only create a limit of water resource, he said.

Others are not so convinced. "Water is going to be increasingly in demand due to unwise decisions made, need to protect at every opportunity to ensure our water isn’t being taken away," Roper said. "We should be doing everything we can to prevent water from being over-pumped and mined."