Interview With a Burn Boss 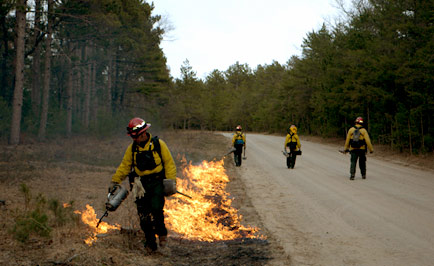 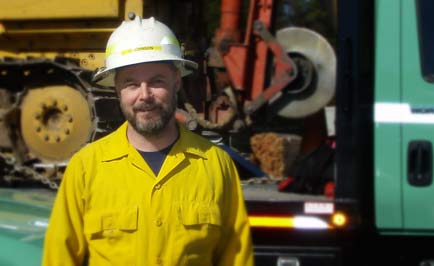 Chris Johnson manages fires from his post in the Mio field station of the United States Forest Service. With fire season upon us, we checked in with him to get insight on prescribed burns, also called controlled burns – fires that forest managers set intentionally.

So you’re a burn boss – that sounds like the coolest job title in America. What do you do exactly?

Boss of the burn bosses.Yep.

Why does the Forest Service do prescribed burns?A lot of the burning has to do with fire hazard reduction, centered around development, homes, towns, that sort of thing. We want to reduce the fuel loading in the forest. If you look at a cross-section of the forest, you have various levels of fuel: ground fuels, ladder fuels and the canopy of the trees. We want to reduce the ground fuels and the ladder fuels—small trees—to prevent fires from getting to the tree canopy.

How big are the fires you start?The size of a typical burn for wildlife openings tends to be anywhere from 40 acres to 150 acres. Some of the larger burns we do are for red pine under-burning. We have one of those over 1,000 acres [about 1.5 square miles]. For the big ones, we light the perimeter by hand and then light the central area by helicopter. We drop plastic balls that contain potassium permanganate and glycerin, reactive materials that combust when the ball hits the ground.

How do you make sure the fire doesn’t get out of hand?The goal is to keep the fire within the planned perimeter, and we use roads and tractor lines to break the fuel continuity. The 1,000-acre burn had maybe 20 to 25 folks around the perimeter, and then we also patrolled by vehicle. We also had a couple of folks up in the helicopter. If it’s fire season, we might have a plane up higher watching the bigger picture. We’d also have a couple of bulldozers, so if something gets over the line we can jump on it.

When do you not burn?We do a lot of careful analysis before we attempt to light any of these. The plans for this spring were prepared months ago. The weather is a huge factor. We work with the weather service to get special forecasts.

And we are always monitoring the live needle moisture of the red pine and jack pine. If that gets too low they are susceptible to a crown fire. Last summer it was just too dry. We would have burned up too much of the duff and litter on the floor. And we also pay attention to the national and regional fire situation. If all of the firefighting resources are committed, like they were Out West last year, we wouldn’t do a burn because nobody would be there to back us up.Do you have some advice for our homeowners?Homeowners have to take some responsibility to clear 30 feet around their house. That’s the minimum. When they build, they need to build wisely. Not shake shingles – that’s the worst. Use a non-combustible exterior. Wood decks catch embers and catch on fire. And don’t pile firewood against the house – that’s just fuel for the fire. Keep the pine needles raked off your roof.