How To: Bird Resuscitation 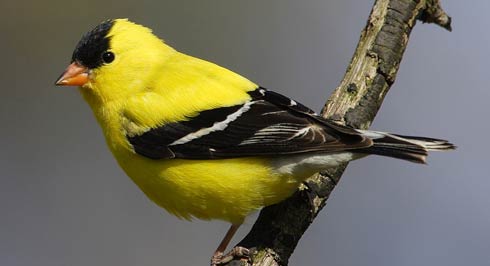 We all know the abrupt sound of a bird colliding with one of our windows and the trepidation we feel as we peek out, hoping not to find an injured or dead bird lying at the window’s base.

Spring can bring a marked increase in bird/window collisions. It’s estimated that roughly one million birds, usually small songbirds such as finches, are killed by flying into windows year round. It’s assumed the birds believe that the landscape reflected in the glass is actually attainable, or that they are in such a panicked flight from a predator they aren’t paying attention. Spring brings a different kind of collision, however, one that is actually intentional. This is the season when birds, males in particular, sometimes actually attack windows in an attempt to defend their territory—the bird thinks he is defending against an intruding male, clueless that what he sees is actually his own reflection.

So what do you do for those birds that hit with such force they fall to the ground, alive but stunned or injured? Ornithologists suggest placing the bird in a container with a lid, such as a shoebox, and placing the box somewhere warm, quiet and safe. They caution against giving the bird food or water, and ask that you try to handle it as little as possible—technically, it is illegal to handle a migratory bird without a permit.

The calm and dark will allow the bird to revive, often in a matter of minutes, and then you can release it back into the wild. If the bird doesn’t revive in a few hours, take it to a veterinarian or wildlife rehabilitator. To find a rehabilitator near you, check out the Wildlife Rehabilitation Information Directory at tc.umn.edu/~devo0028/.

Here are some tips for preventing bird/window collisions:

The best defense against bird/window collisions is a good offense which means doing things like: