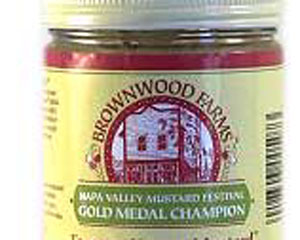 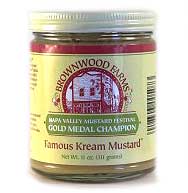 Eastport mustard-maker Brownwood Farms formulated its sweet, tangy Kream Mustard on the shores of Torch Lake in 1945, and it’s been spooned on Up North hot dogs ever since. This spring the local fave made it big at the Napa Valley Mustard Festival World-Wide Mustard Competition. Chefs and food journalists awarded Brownwood Farms a gold and silver medal in a competition that drew 400 mustard entries from seven countries, including France and Japan.

The Famous Kream Mustard, a favorite of Up North cooks (it’s divine in deviled eggs) and brat and sandwich-lovers (try it on a turkey and havarti panini) brings a delicious zip to this spring asparagus breakfast strata recipe: