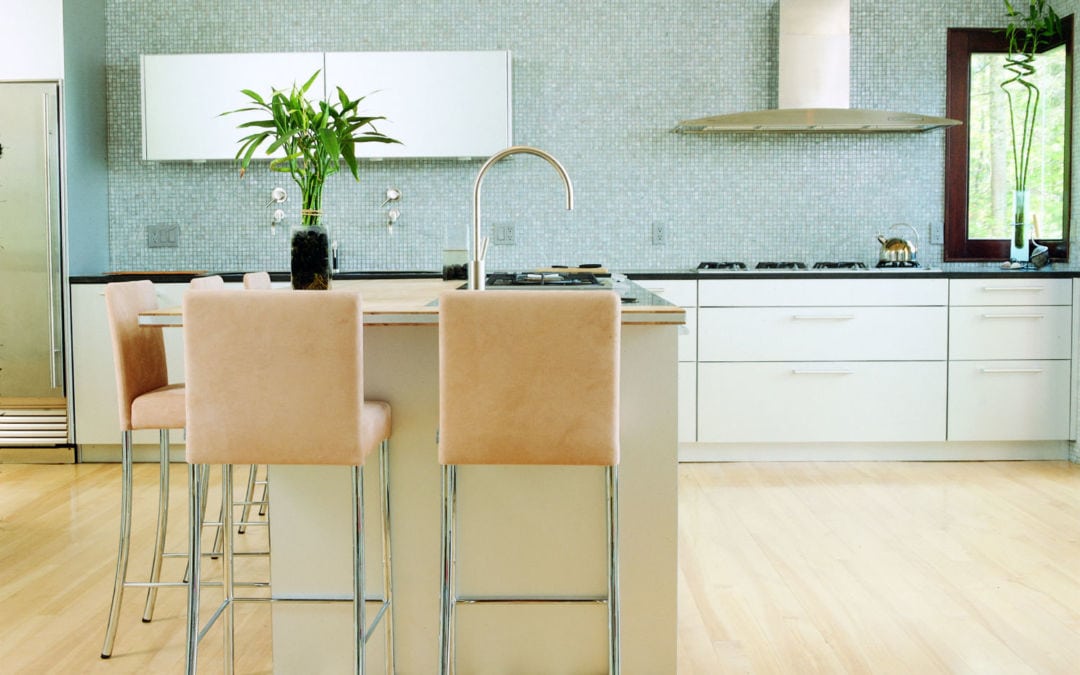 Suttons Bay architect David Hanawalt is always looking for an underlying reason for a building to exist beyond satisfying basic needs. To find it, he frequently looks to the natural features around the building site. When Hanawalt went to Cathead Bay for clients Jonathan and Anna Wege, he stood on this remote shore at the tip of the Leelanau Peninsula and heard a kind of music in the tonalities and rhythms of the wind and waves. 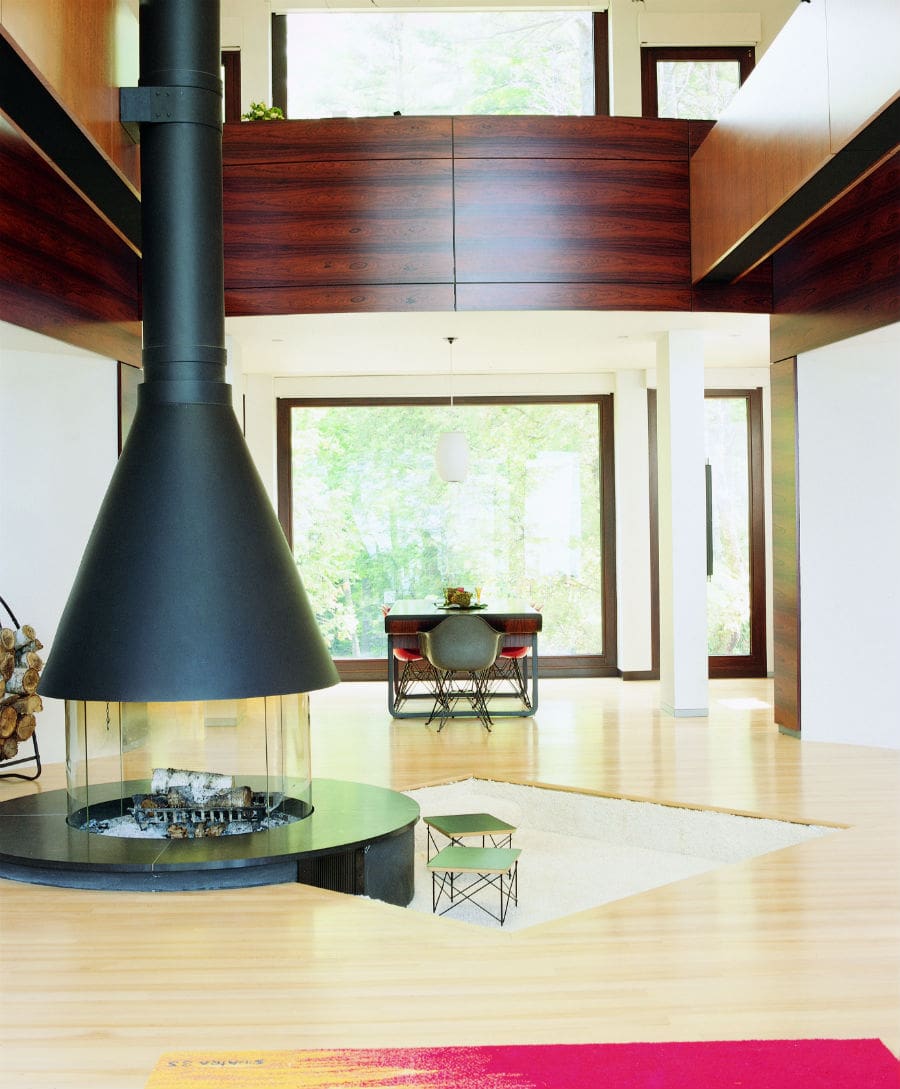 “Just standing out there on the site, there’s this whole acoustical effect,” he said. “When you close your eyes and listen to waves, it’s soothing. In the winter, of course, it’s ravaging.”

So Hanawalt designed the Symphonic House – a home that would take in nature’s songs. Strategically placed windows amplify the sounds of breezes and waves when opened only a crack, and in the living room a skylight becomes a drum when it rains. But Hanawalt wasn’t content to simply let in the sound. He collaborated with sonic artist Bill Close of Malibu, California, whose internationally renowned dance-music-sculpture performance troupe, MASS Ensemble, has literally made mountains into musical instruments. The result is a home that makes its own music. 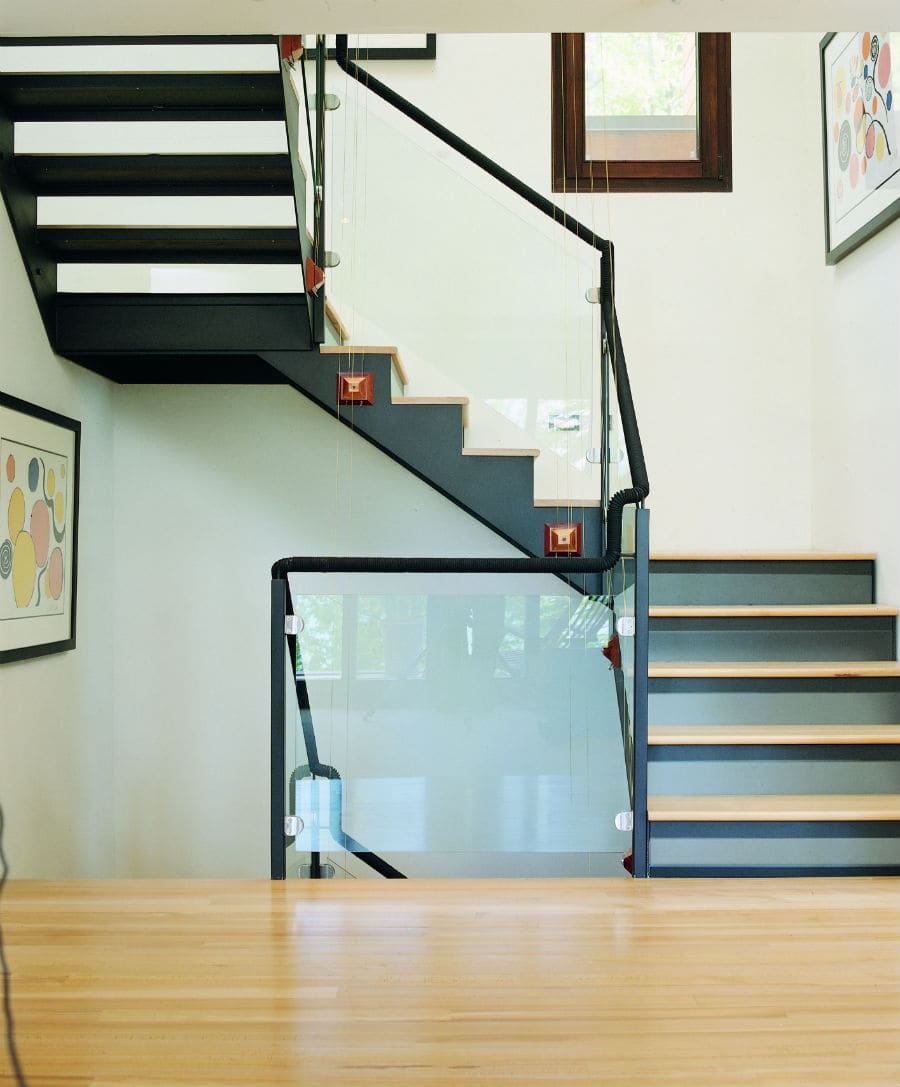 Consider the living room as a cello, where sets of brass strings stretch along two 42-foot beams – eight strings, an octave, on each beam. Wooden stop-blocks along the beams tune the strings so that varying lengths produce different tones. The strings are played from a mezzanine overlooking the living room where a pair of white gloves and rosin (the same material violinists use on their bows) are kept close at hand so that anyone – from visiting young Interlochen musicians to the Weges’ two young children – can play them.

If the living room is a cello, then the stairwell is a harp. Here, 16 brass strings rise in pairs from ascending levels all the way to a skylight 28 feet up. The strings’ varying lengths produce different tones. Middle C, for instance, is 42 feet long, while a 21-foot string is the octave above it.

Rub or lightly pluck a string in either the living room or stairwell and deep, moody tones resonate from the home’s cement and wood structures. “It gives you a connection to the architecture that you wouldn’t normally have,” Close says. The tones are so rich, they resonate in your body, within your bones. 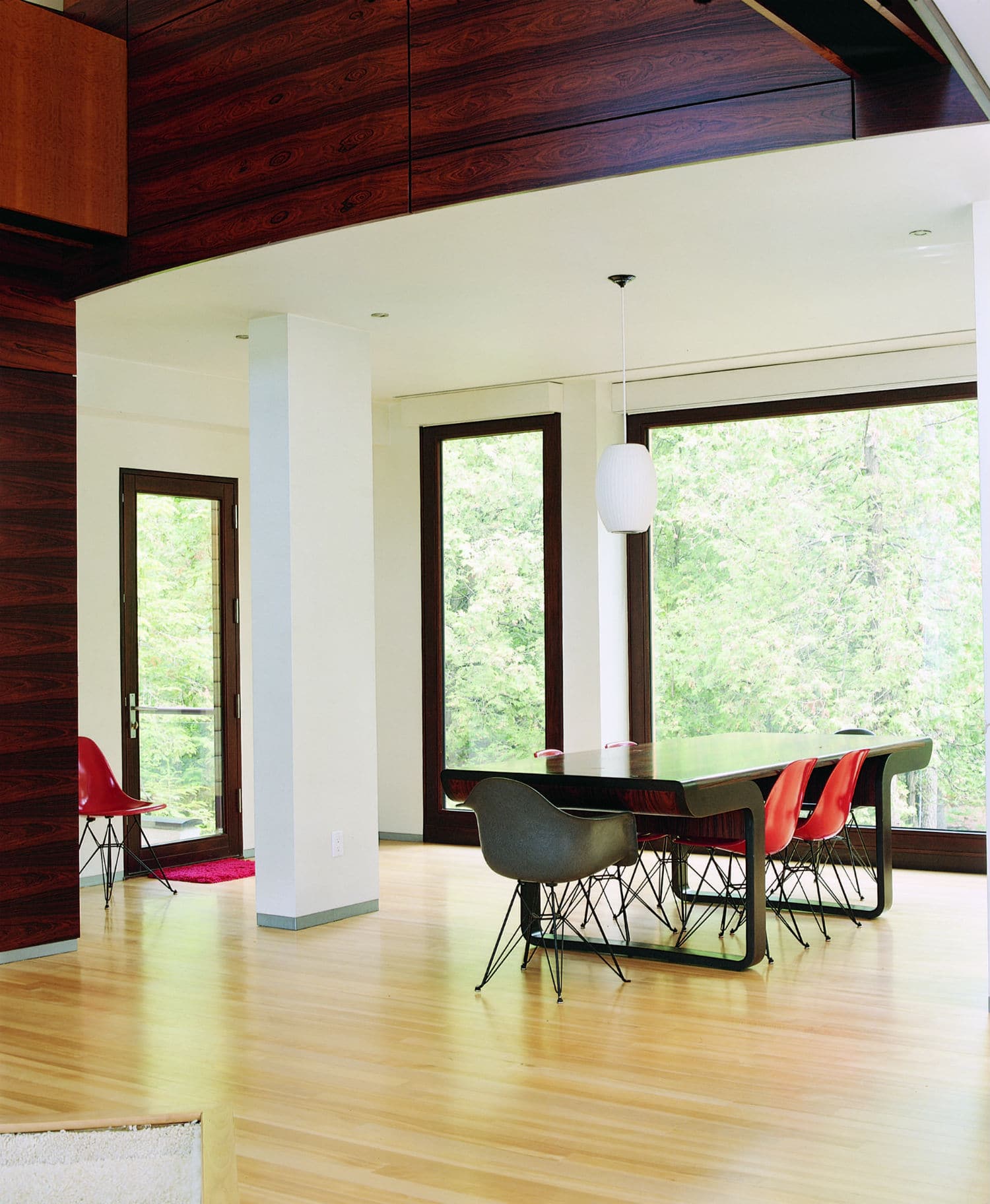 Sound is the home’s essential element, but it’s not the only one at play in the Symphonic House. Light infuses the rooms. Banks of windows overlook the shoreline, skylights run down hallways, doors are solid sheets of frosted glass, and translucent Poggenpohl cabinetry decorates the kitchen. Heated floors of brushed concrete, meanwhile, feel like sun-warmed stones underfoot.

The master suite’s spa area contains a fireplace where flames dance up through rocks. In the Jacuzzi area, water cascades down a wall of shimmery blue Bisazza, an Italian glass mosaic tile, into beach stones. Above, filaments of light twinkle beneath the tile to lend the feeling of a starry night.

Hanawalt calls the home’s style sensual modernism for its clean, Scandinavian design ethic, use of natural tactile materials and organic connection to its landscape. Anna Wege simply says her home is magic. “What we fell in love with when we bought the property was Cathead Bay and the magic it holds,” she says. “That’s outside, that’s inside, that’s all around.”

This article was first published in July 2007.