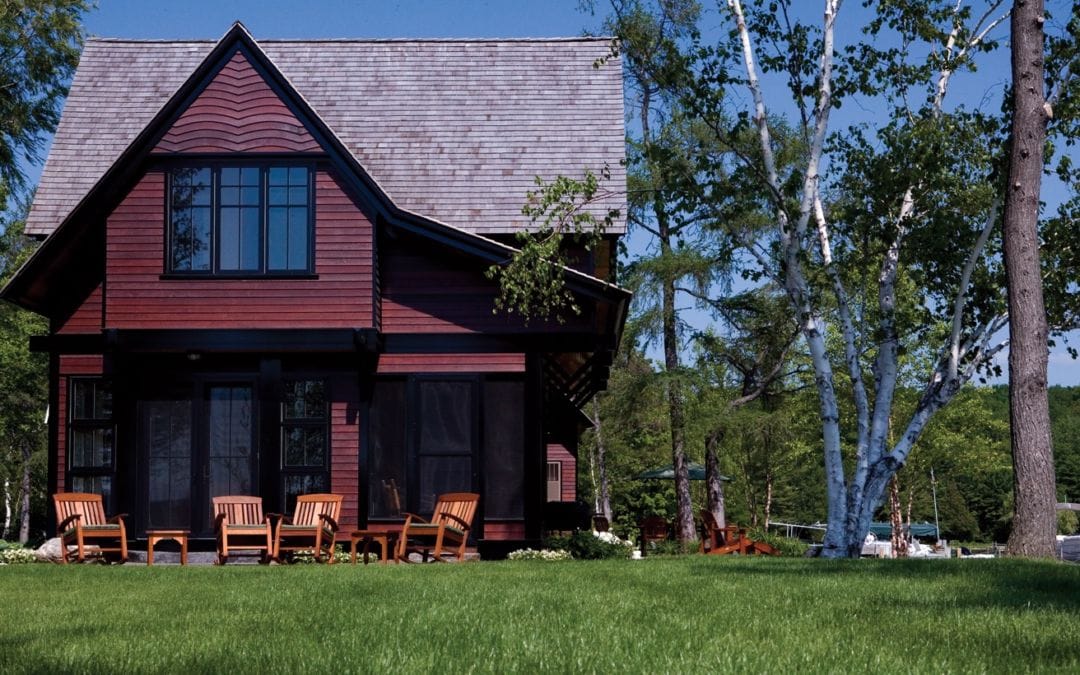 This home is featured in the September 2007 issue of Northern Home & Cottage, a bi-monthly home publication included in all subscriptions to Traverse, Northern Michigan’s Magazine. Subscribe! 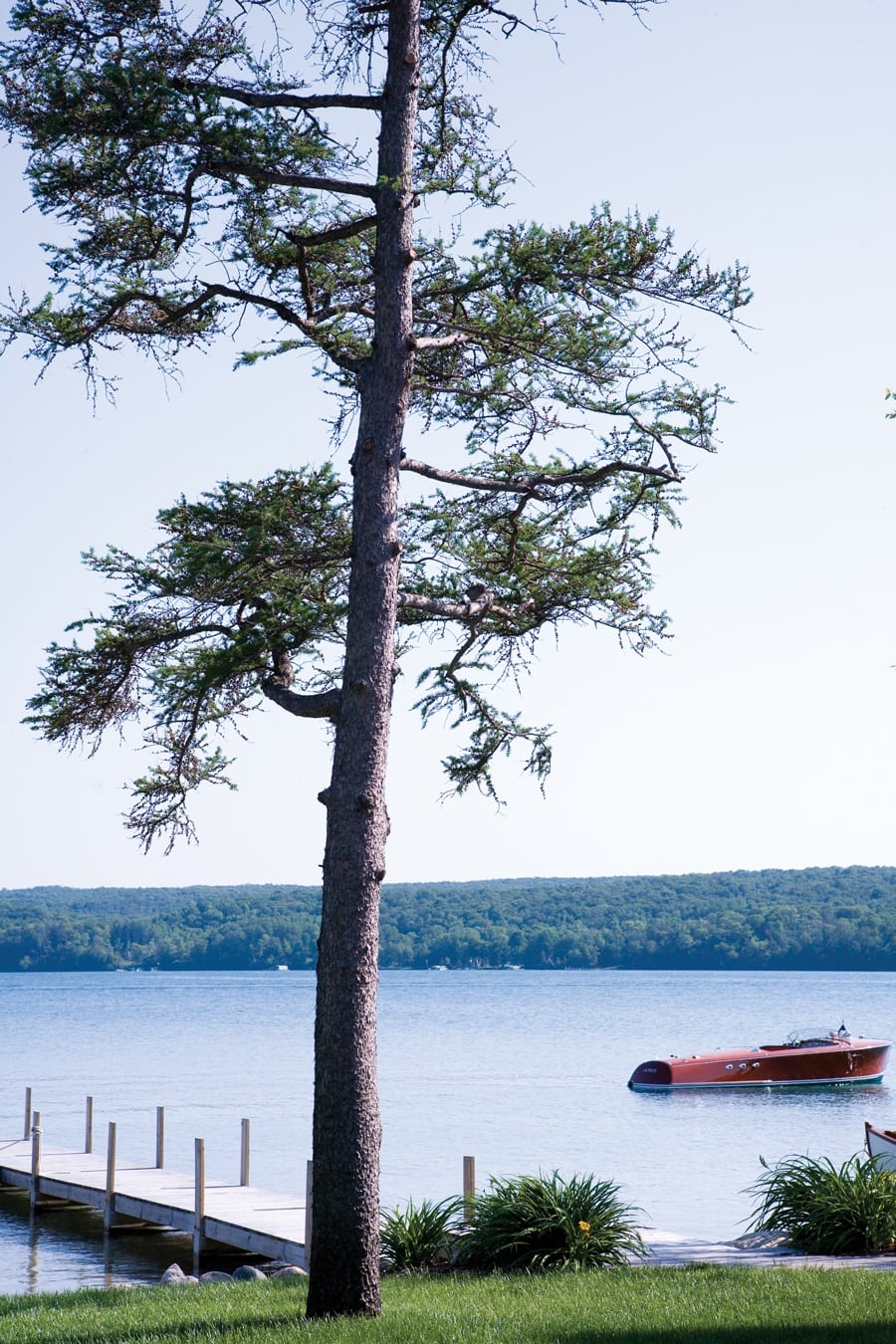 If ever there was an incongruous pairing of land and house, it was the placing of a suburban-style 1960’s ranch on an enchanting spit of a peninsula, a thin strand of ground that reaches dramatically into the blue of a classic Northern Michigan lake. With water sparkling on three sides, the site all but begged for a structure that would honor its one-of-a-kind Northern aesthetic.

Two years ago, the property met its match: a Michigan-born-and-raised businessman and outdoorsman, transplanted to the West but looking to treat his wife and daughters to Up North summers. The new owner saw in the property an opportunity to embrace his love of rustic Up North style that includes organic materials, vintage objects and a venue for simple lakeside living (think: no entertainment center). His wife trusted him. Their two teenaged daughters? The jury was still out.

From the get-go, however, the entire family agreed on one basic concept. “We wanted it to look like it’s been here a long time, to fit in the environment, but also be edgy and unique,” says the owner.

Their Harbor Springs-based architect, Fred Ball, agreed. “We didn’t want to create anything on that point that was out of place,” he says. It’s a small property but so prominent that it demanded restraint, he adds. 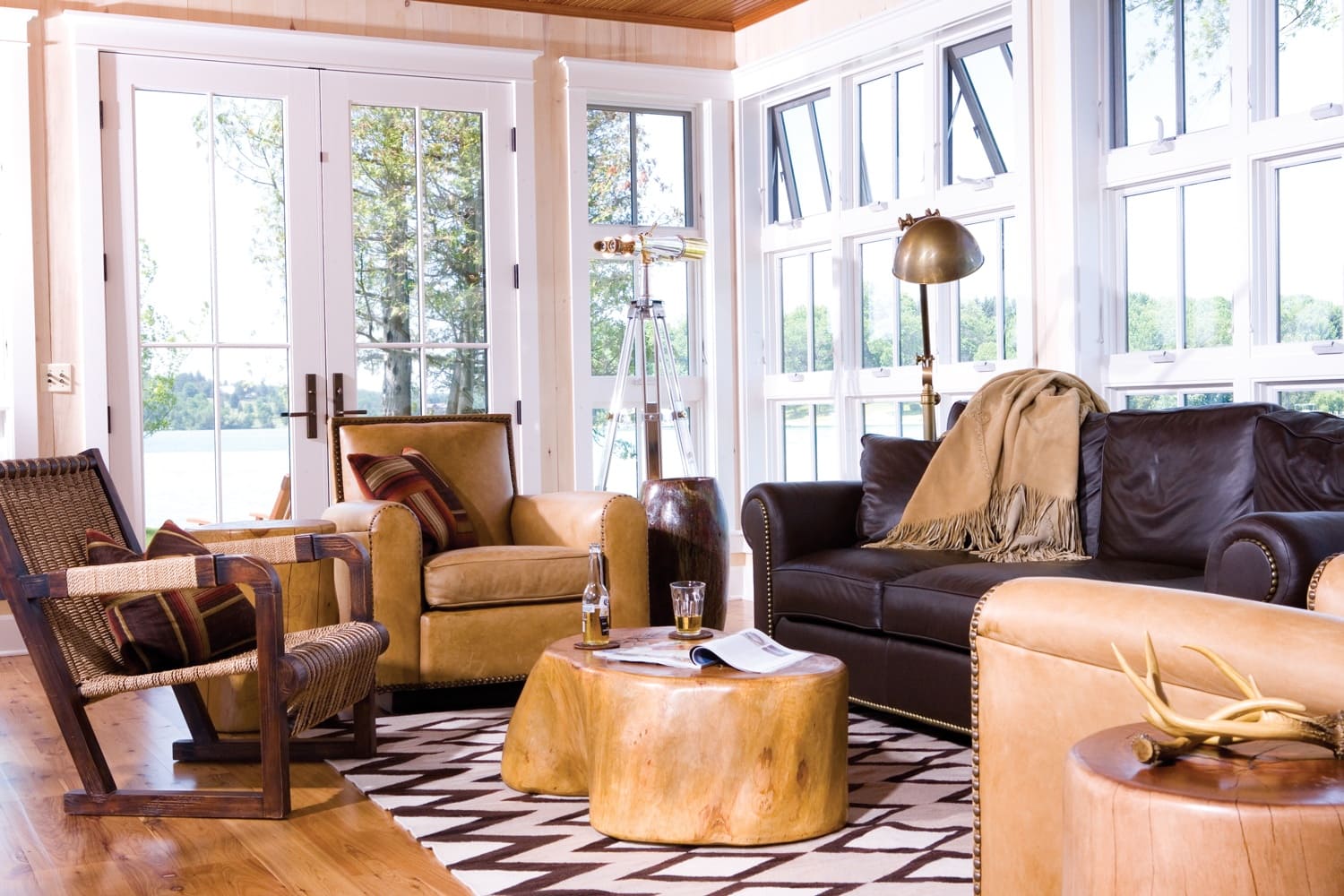 Drawing on an eclectic mix of classic styles, Ball created a design that is sophisticated but understated. The dark shades he chose—varnished red cedar with black trim and black windows—blend in behind the wispy trees between the cottage and the shoreline riprap. The exterior colors also play off the rich wood tones of the owners’ 1953 Riva speedboat moored in the boathouse at the end of the dock.

Because local zoning required the new cottage to keep the footprint of the house it replaced, the cottage is small for a high-end property. “It was a little like designing and building a house inside a bottle,” Ball says. 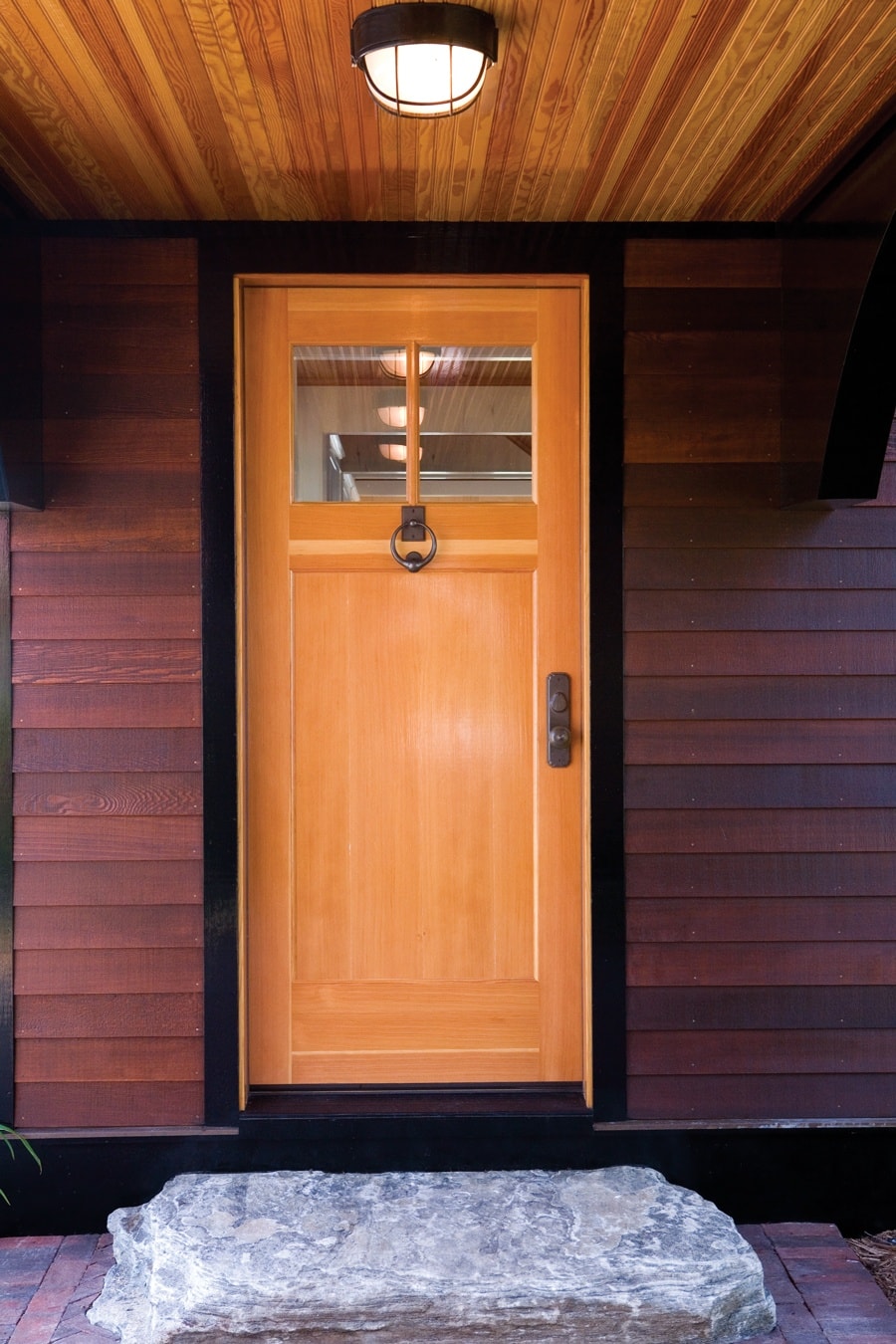 But the size limitations proved fortuitous, Ball says, because the wind and light from the lake are able to “splash around” inside a smaller space. What’s more, the narrower rooms accentuate the nearly 360-degree view of the water, especially in the windowed bridge above the breezeway to the garage.

In lieu of size, the owners opted for custom details including interior transoms that allow the fresh lake breezes to circulate through the home, vintage-style push-button light switches and a stone fireplace in the kitchen designed to mimic the masonry of a French castle. To make efficient use of the limited space, plenty of built-ins were added, including window seats, cubbies and bureaus, all designed by contractor Scott Kennard of Wentworth Builders.

The flooring is Australian cypress, and the teak countertop in the kitchen is from the same company that restored the Riva. The boathouse is tricked out with giant cedar lockers and mahogany lattice to shade the boats. Luxury touches all, no doubt, but though you’ll find one small television in the home, the only entertainment center is the home’s water views. “On the west arm of the lake there’s usually a lot of wind,” says the owner. “So when you look out one side of the bridge, you see whitecaps. But when you turn around and face south, it’s just as calm as glass.” 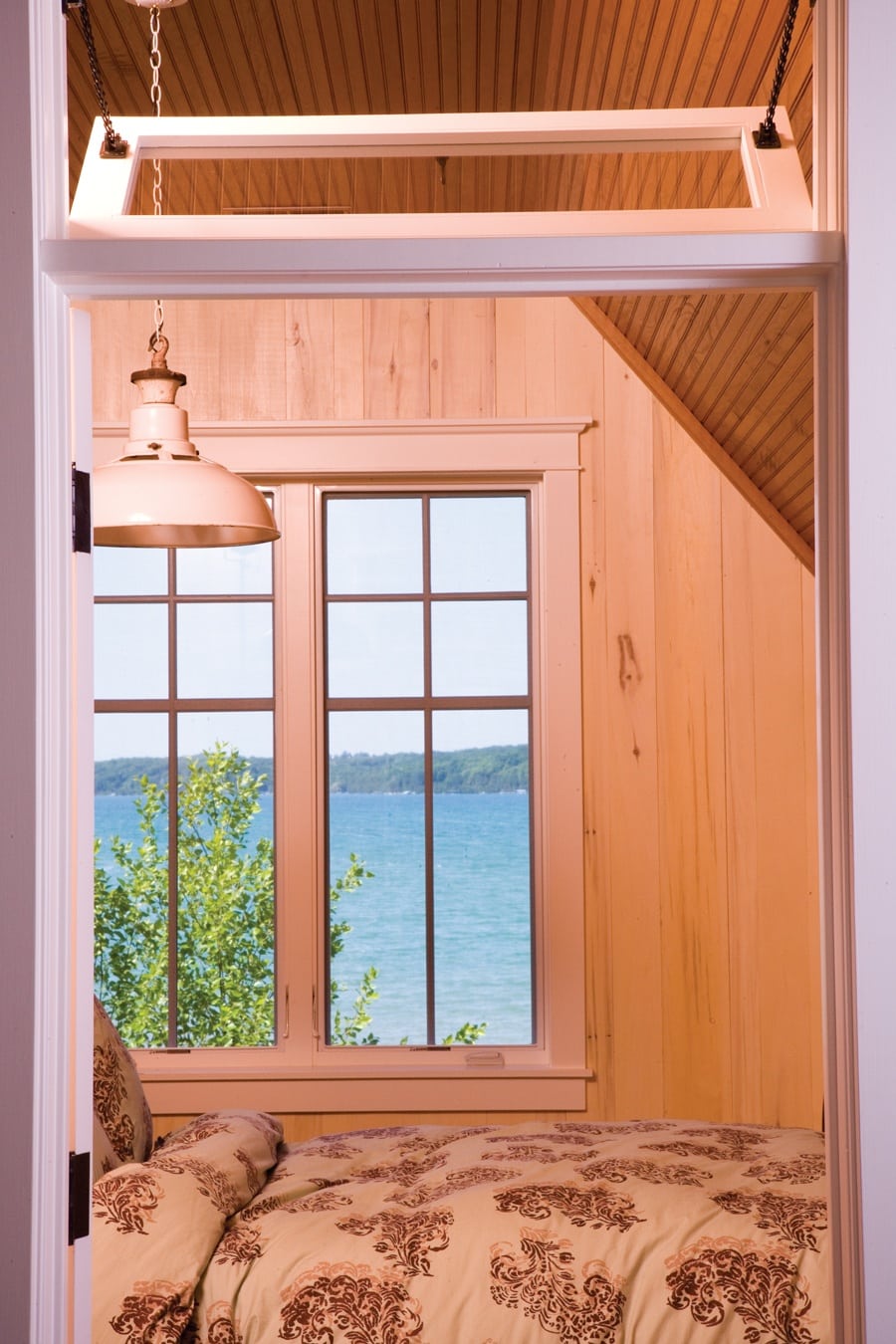 In the end, the parents even consider the size restrictions forced by the footprint an unexpected luxury because, as they say, they come to the cottage to spend time together, not disappear in far-flung quarters.

With Mom, Dad, the architect, and builder all happy, how about those teenaged daughters? “My dad did a great job,” says one of them. “We call it Old School, because everything in the house has got that old-time craftsman feel … even the boats are timeless.” 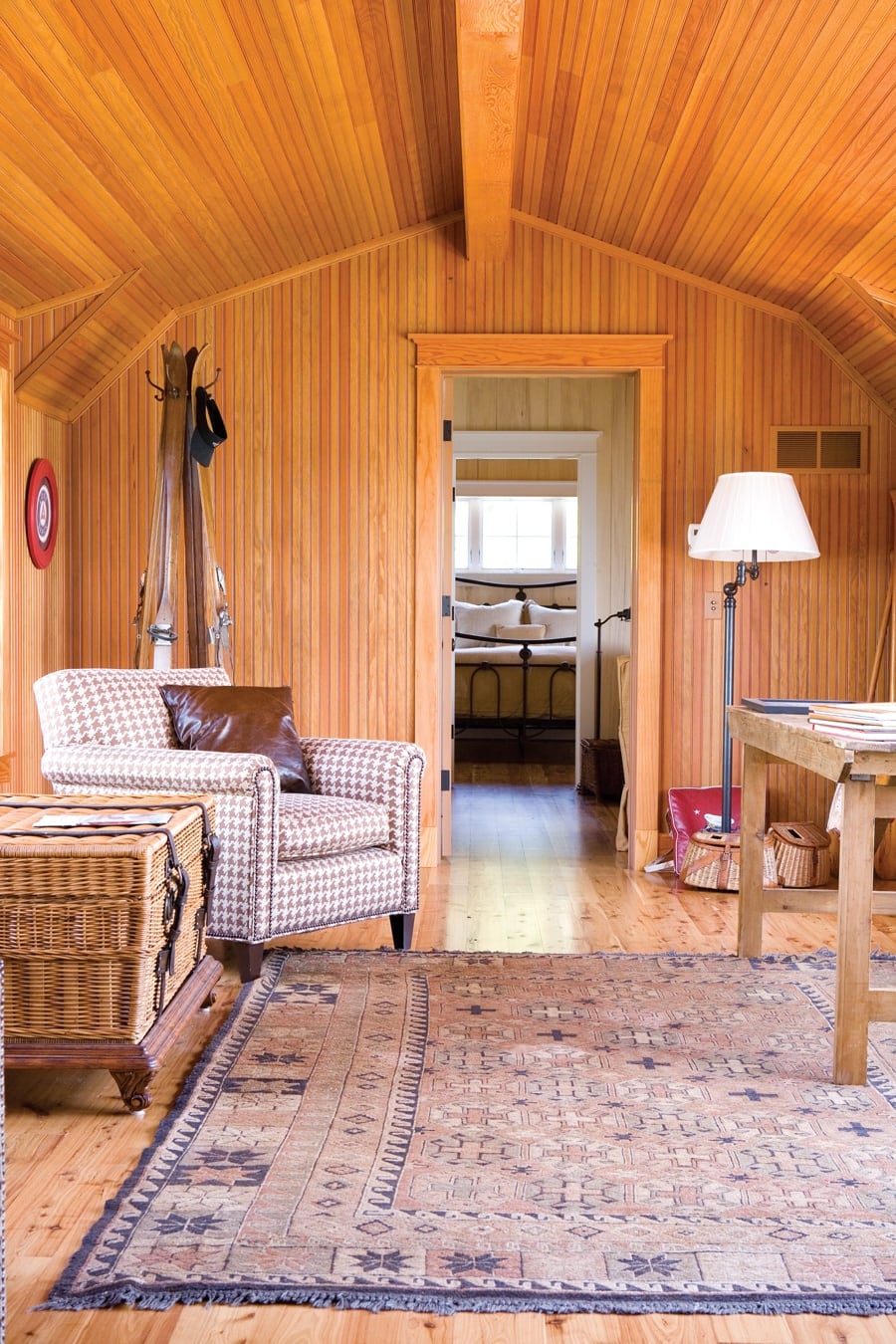 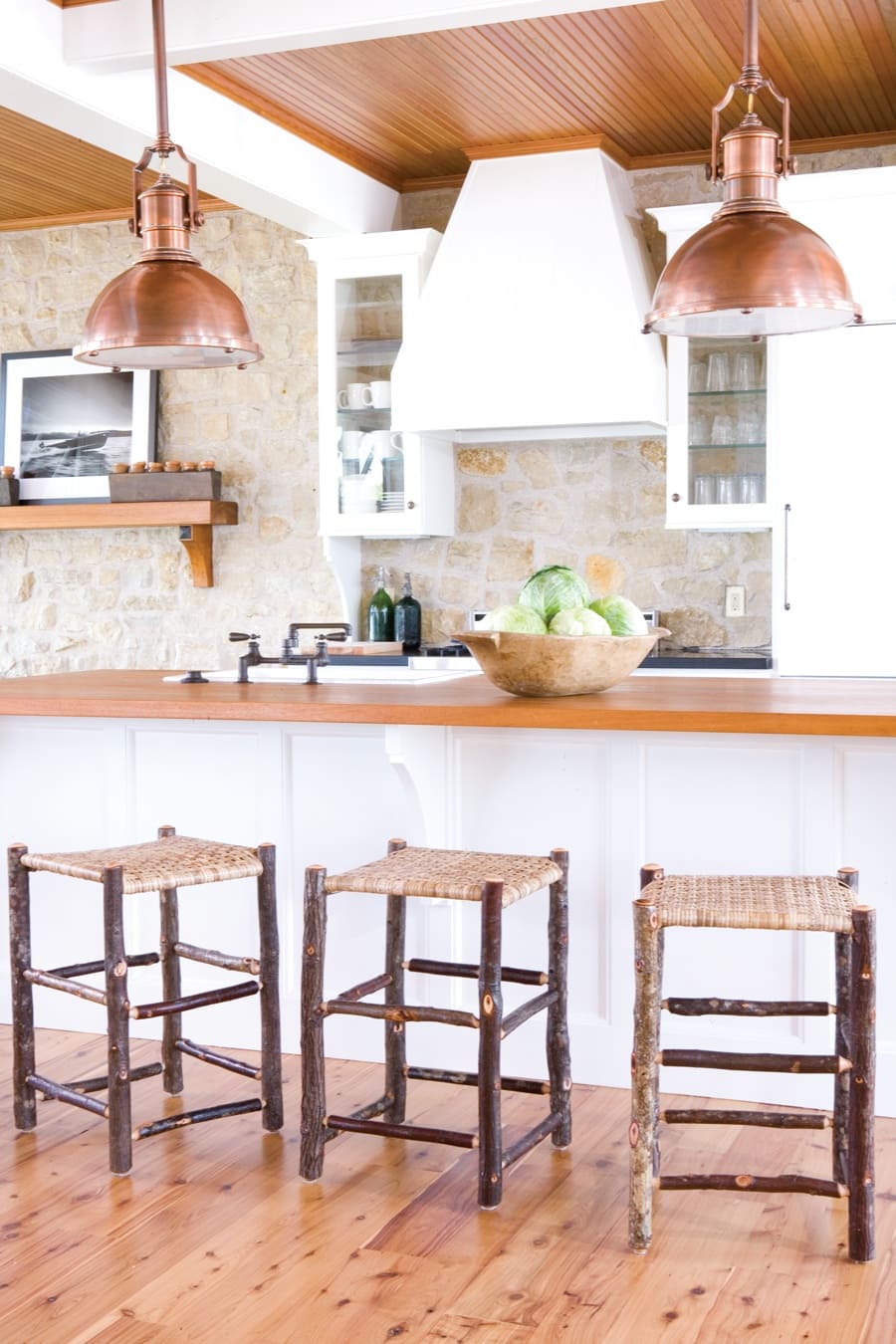 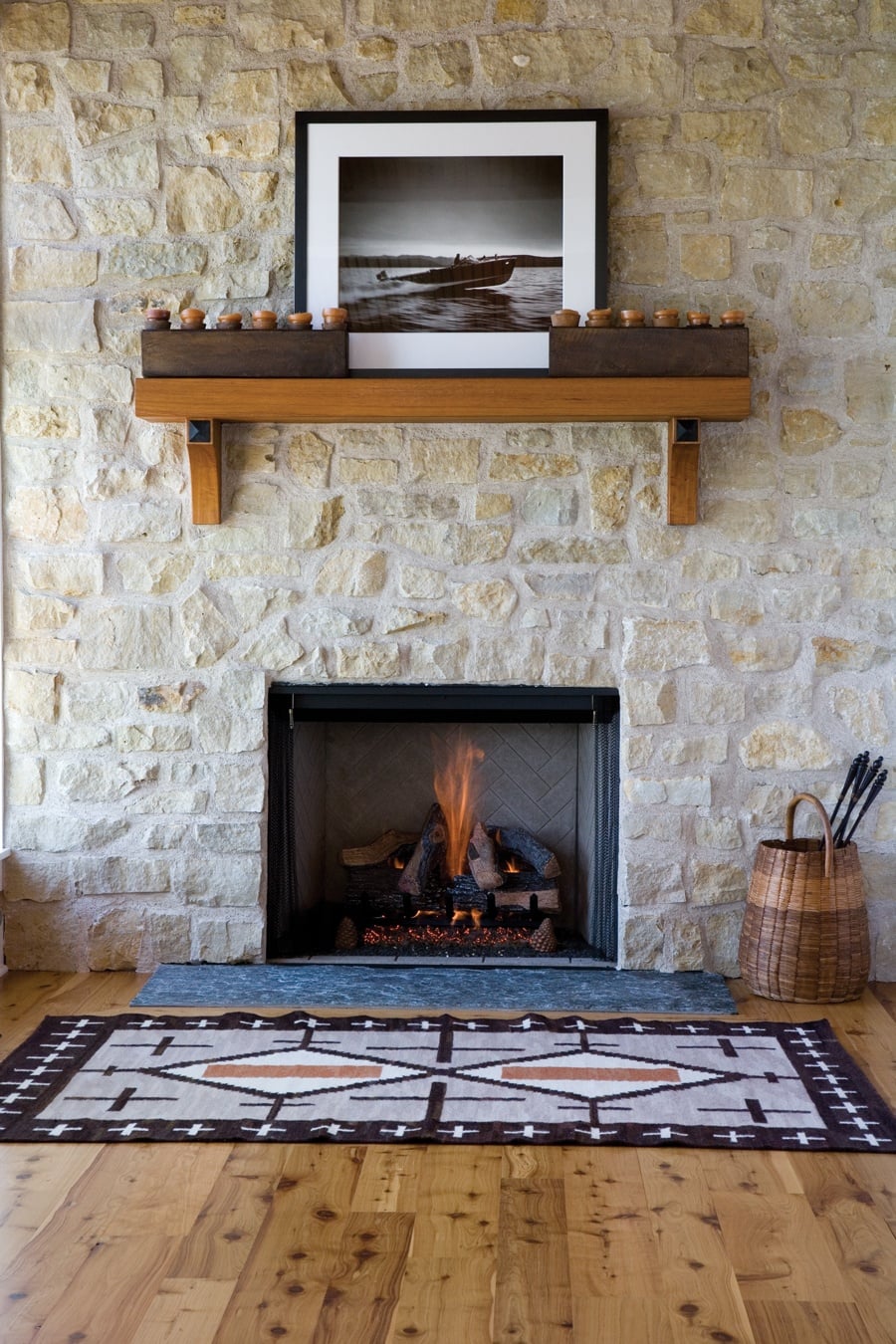 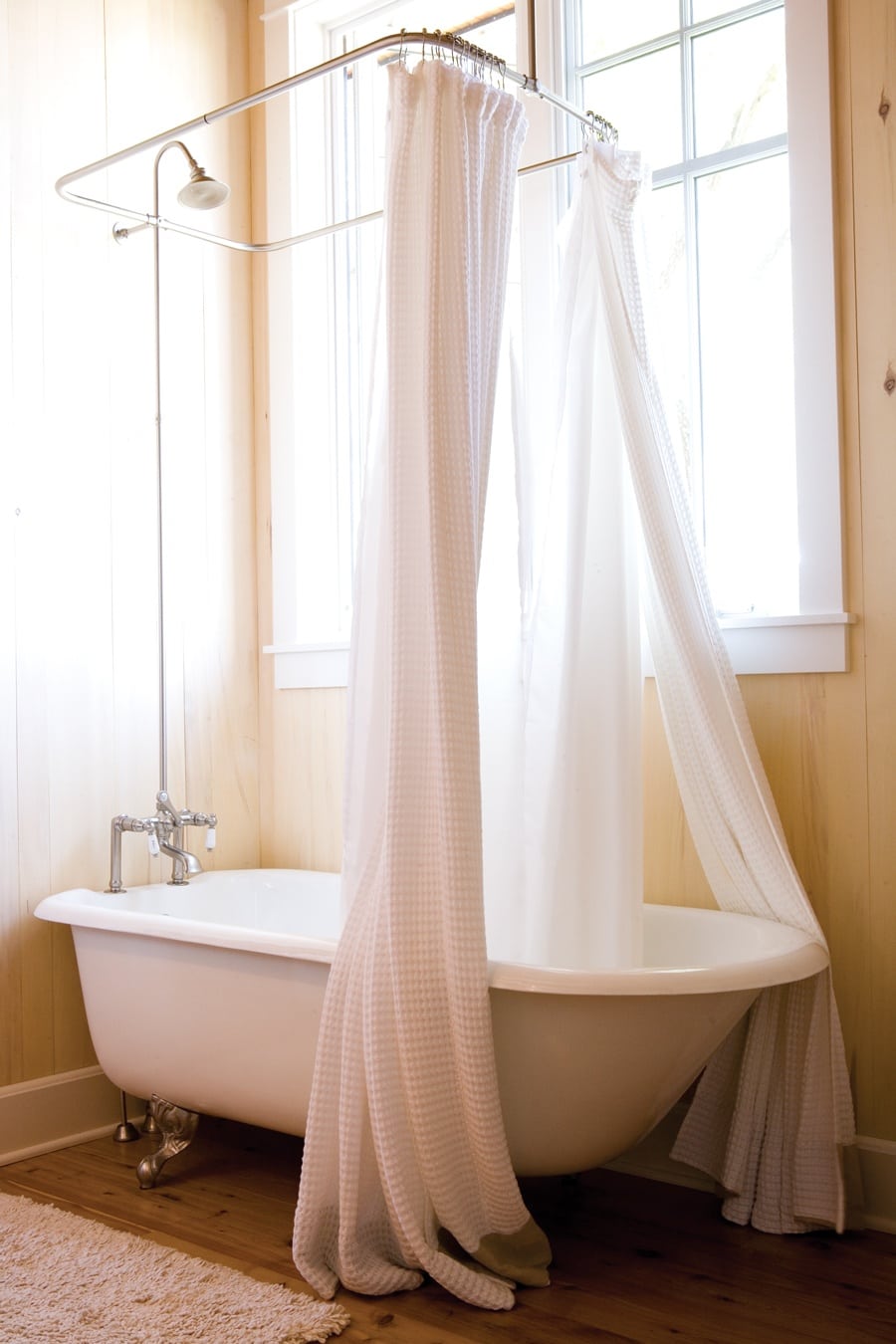 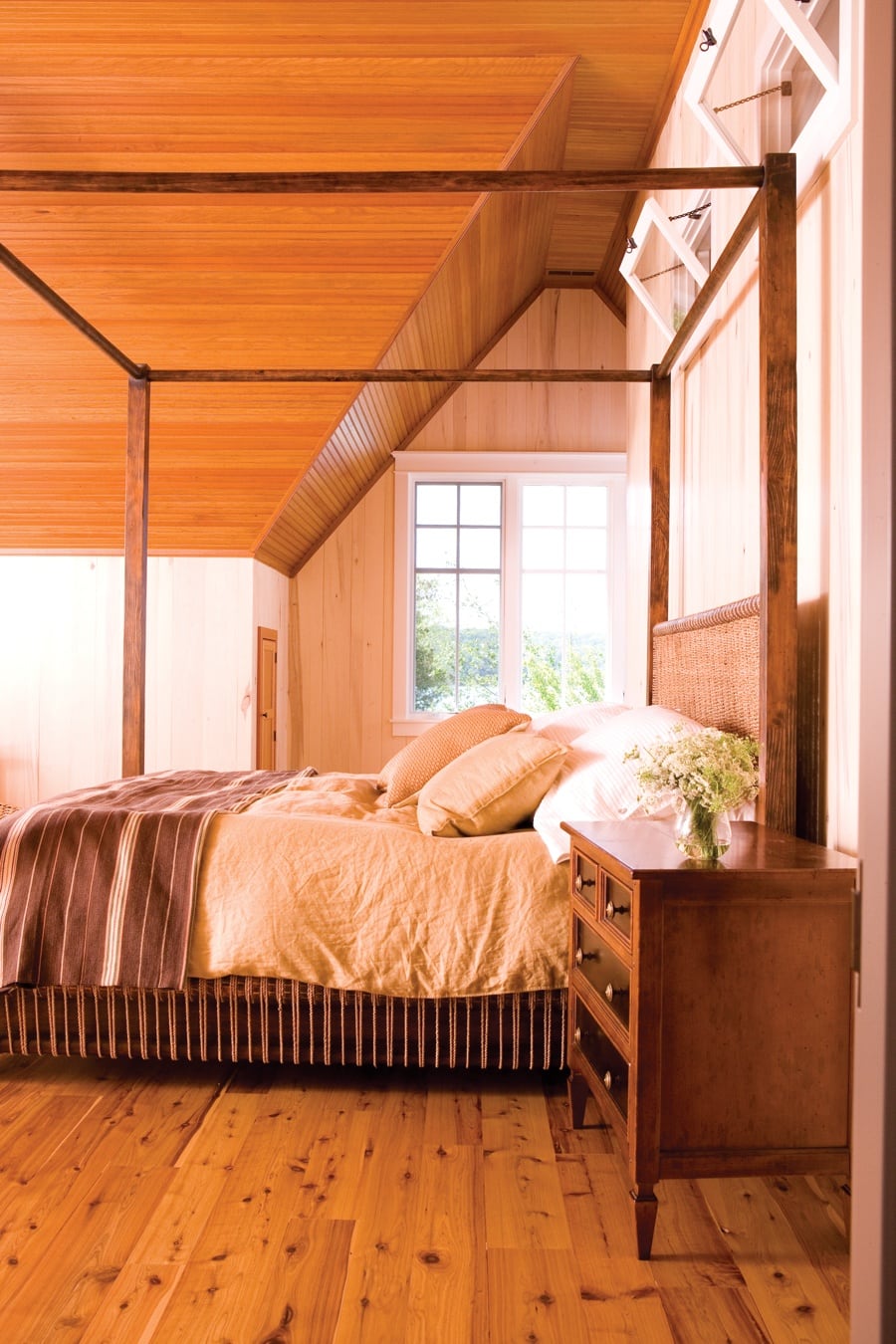