Lilies of Her Field 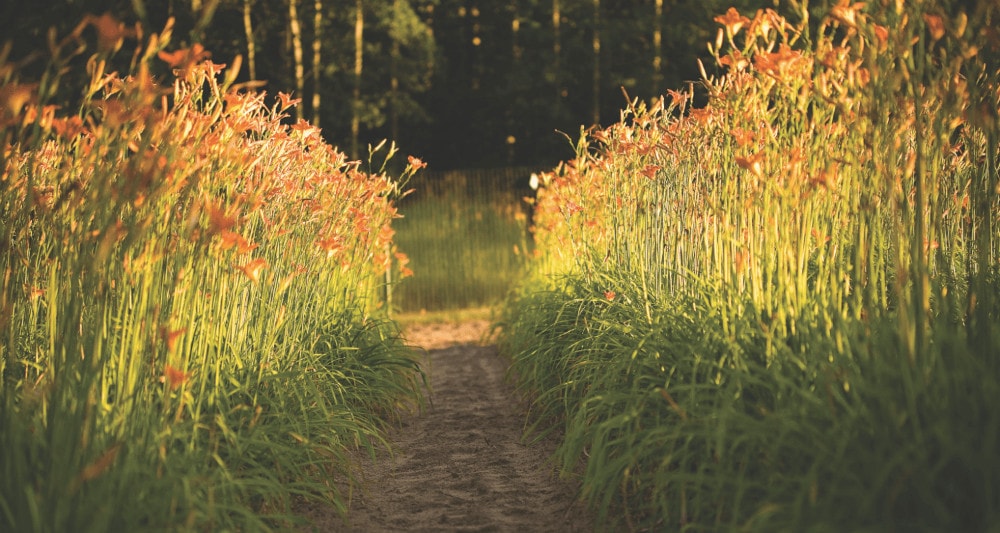 Rain has fallen for hours on Di Rau’s farm set along the flats of the Betsie River near Thompsonville, yet there is no mud on the tawny ground between the cultivated rows. 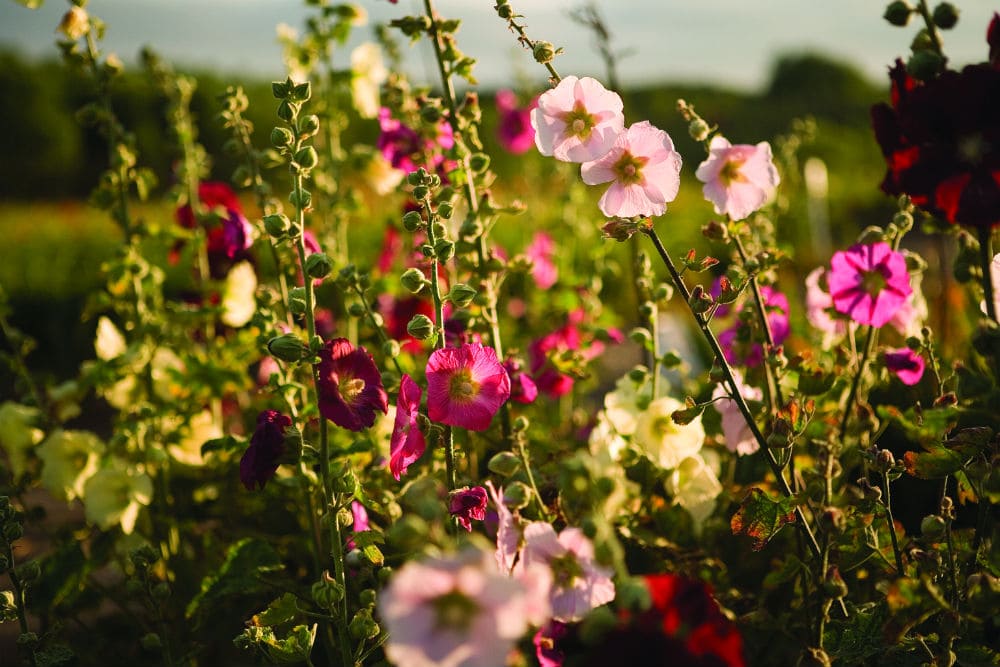 “The soil is one step above beach sand,” explains Rau, whose family has been farming along the northern edge of Manistee County for more than a century. “But my father always said you could grow anything here as long as you get water to it.”

What Rau grows here are lilies, thousands of them in all colors, shapes, and sizes. Not only do her flowers survive in the sandy soil, they thrive. She raises and sells all kinds – traditional lilies, fluted tigers, exotic Orienpets that grow to five feet with blooms as big as dinner plates. 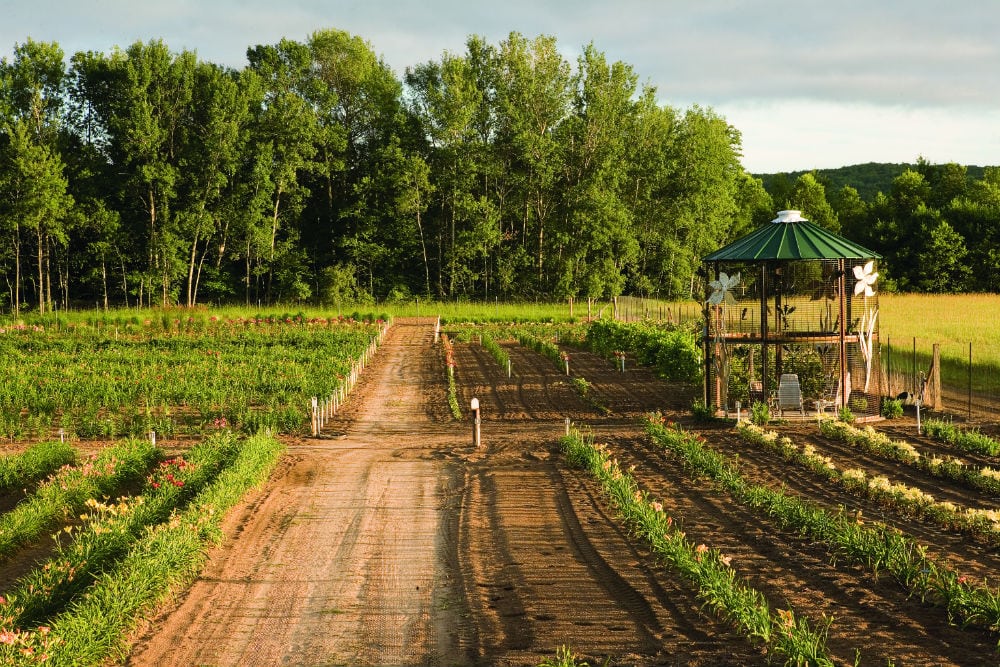 Daylilies, her specialty, are remarkably drought tolerant and just plain tough. Rau digs them up at the peak of their bloom in the height of summer with no ill effects. About the only thing that bothers daylilies, she says, is dense, slow-draining soil. “They don’t like to get their feet wet.”

Because they’re so hardy, daylilies have become a favorite of landscapers working in the sandy soils of Northern Michigan. One specially bred variety, the buttery-colored Stella, is practically ubiquitous in commercial landscaping Up North. 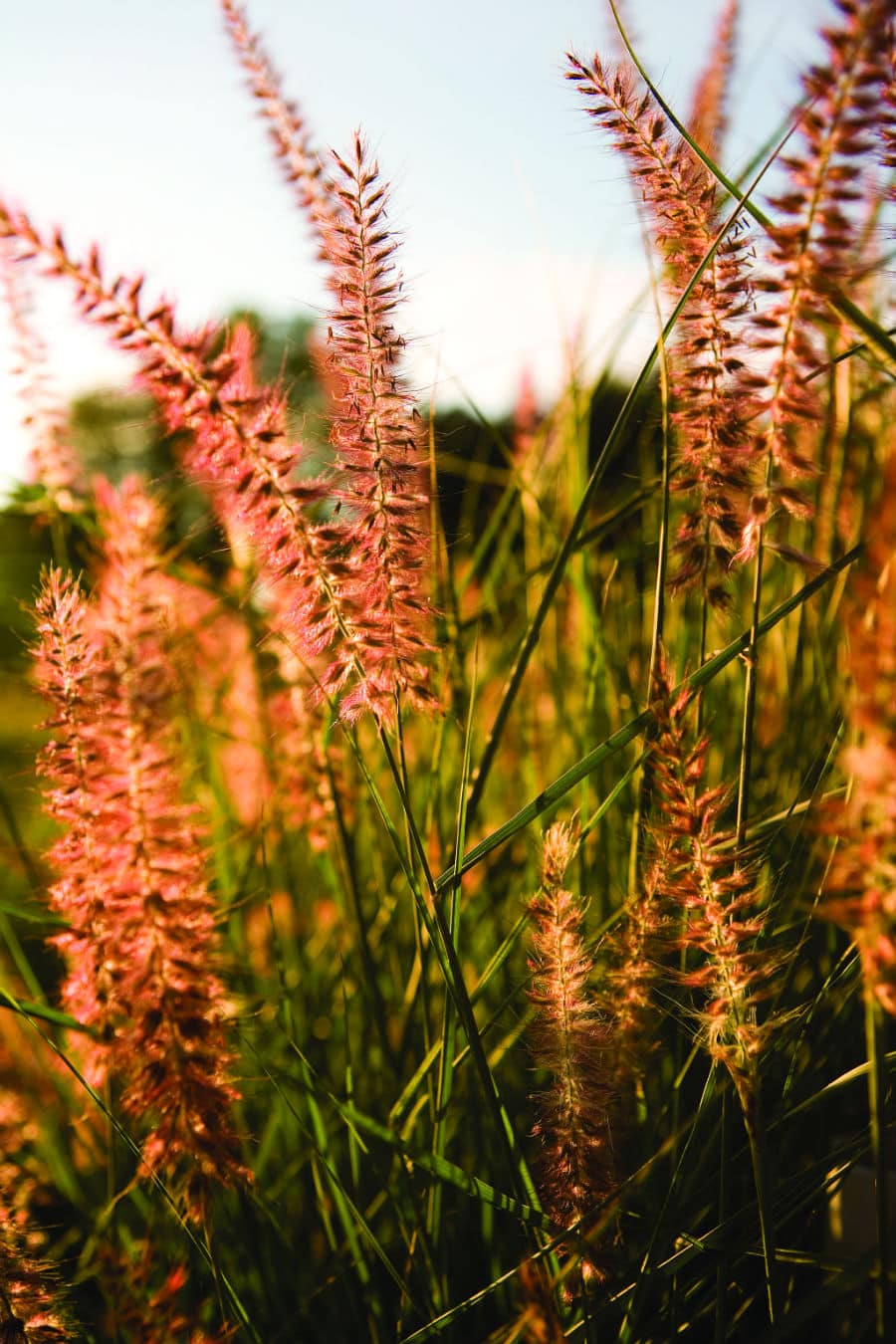 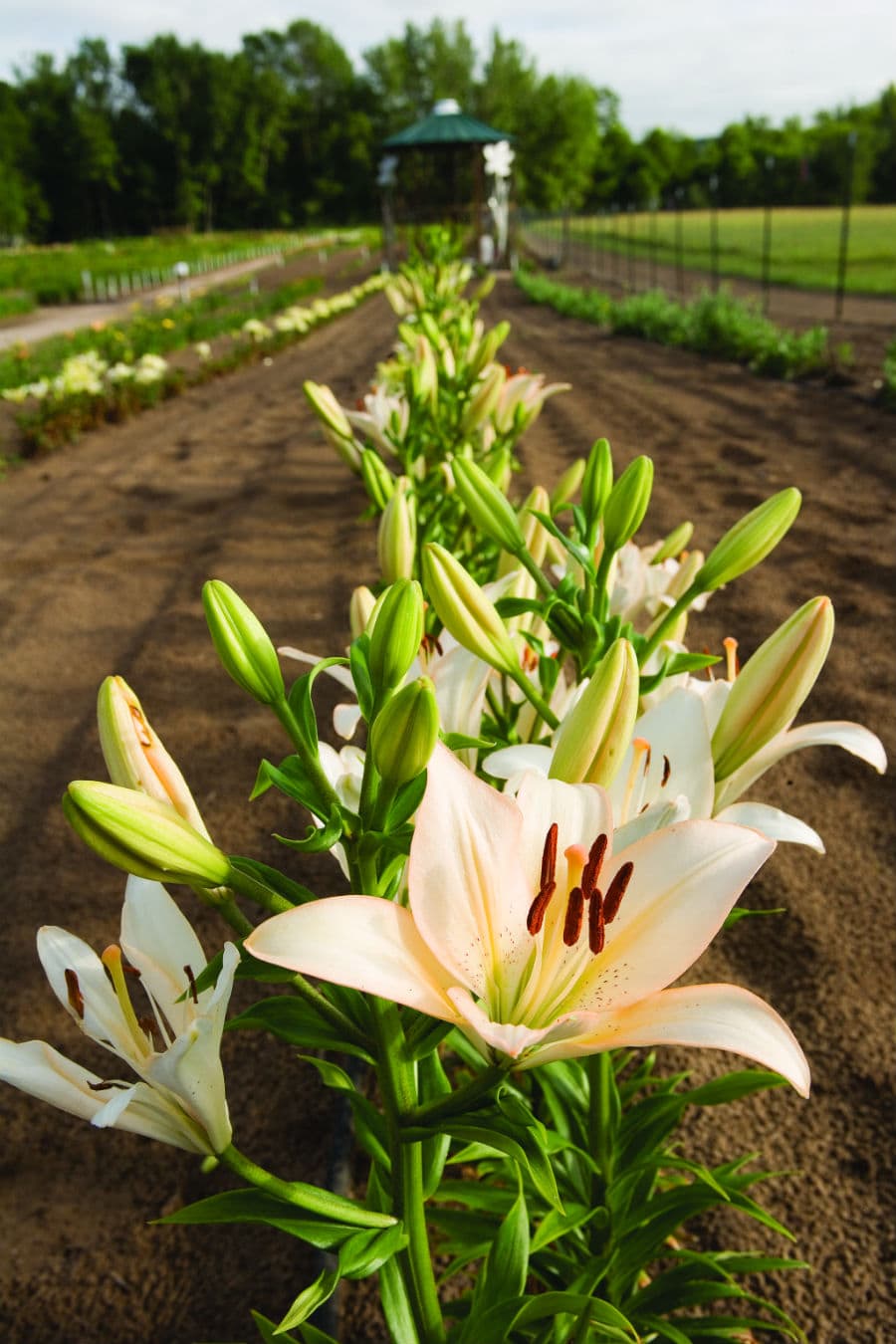 While Stella is a fine flower, Rau’s mission is to help gardeners explore the dazzling world of designer Hemerocallis, which has fascinated her since she planted her first daylily in 1994. Rau took up flower gardening during her recovery from cancer, starting with daylilies because they were so easy. Her hobby quickly “went astray.”

First, she became a master gardener, then an advanced master gardener, and finally a hybridizer. In 2000, she cultivated a small field for her daylily collection and within three years had opened the Betsie River Centennial Lily Farm as a full-time commercial garden. 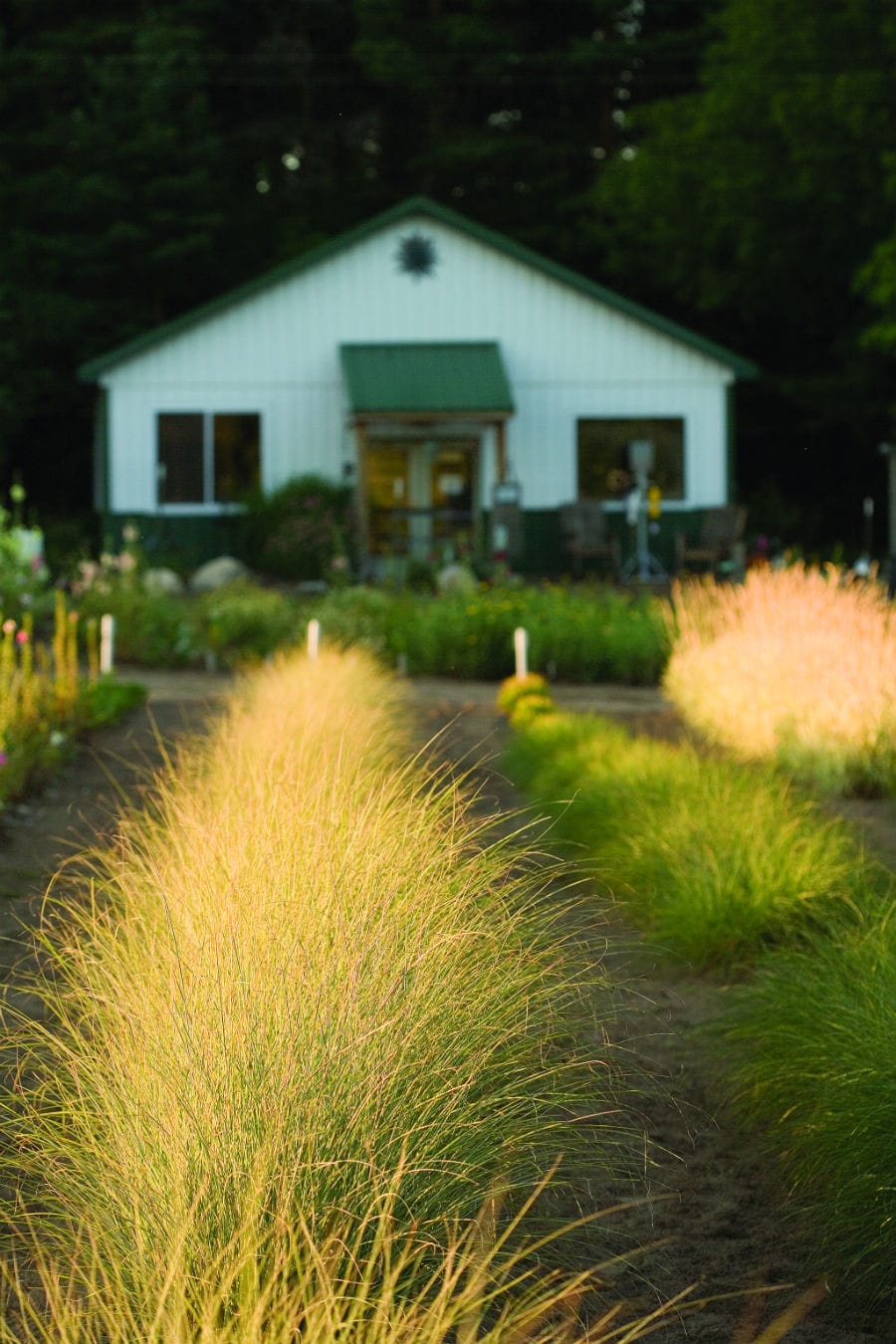 Now Rau and her husband, Don, grow several acres of lilies. Rau introduces customers to her beloved designer daylilies: “spiders,” with sophisticated, thin petals; “eyes,” with colorful centers; “edges,” with fancy ruffled flowers; and “doubles,” as full as peonies. She grows 466 varieties in every color and combination except true blue (hybridizers have yet to come up with a true blue daylily) with such names as Strawberry Candy and Admiral’s Braid. Rau’s collection even includes her own hybrids that she has registered with the American Hemerocallis Society: Betsie River Julia’s Eyes and Betsie River Susan Joy, named for her granddaughters, and Betsie River Velma’s Love, named for her mother. 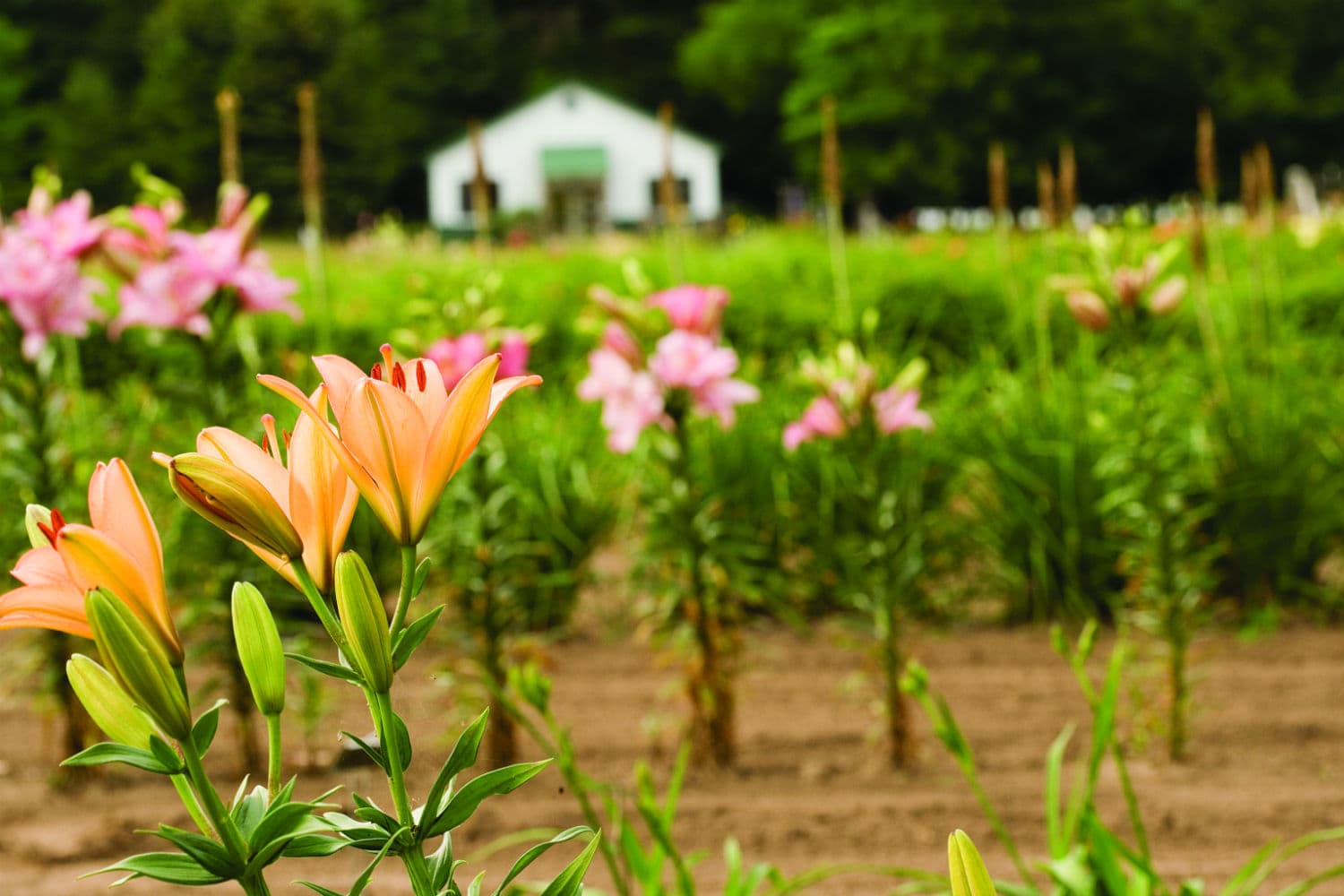 Rau says she enjoys helping customers, especially beginning gardeners, for whom she has a soft spot. Mostly, she enjoys talking to anybody who shows up at her out-of-the-way farm, regularly visited by bears and bobcats. When she was growing up here, the family homestead was much too lonely. But now, with visits from loyal customers and grandkids down the road, Rau finds that she, like her lilies, is perfectly suited for this Northern Michigan ground. 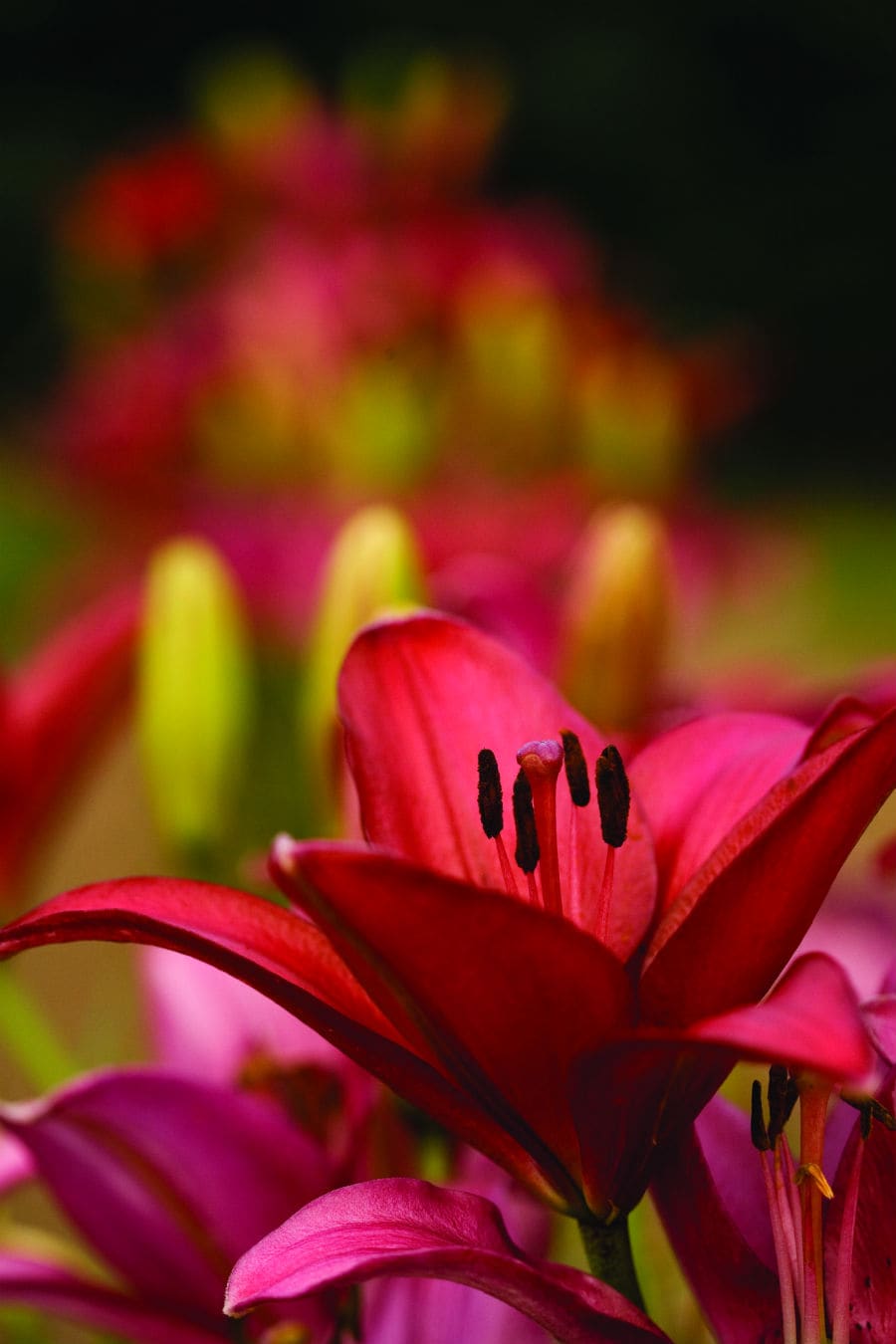 Note: This article was first published in May 2007 and was updated for the web February 2008.