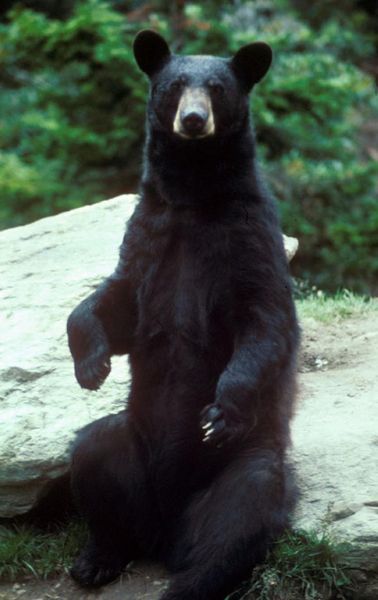 Black bears command hibernation icon status, and justifiably so, given they have a 99 percent winter survival rate and do amazing things like give birth and nurse without waking up. But that’s just for starters. Equally amazing is that bears don’t urinate for months at a time. The kidney somehow changes how it processes urea, and the bear can use the nitrogen to build protein, which keeps muscles healthy during the long sleep. Also, living off all that bear fat doubles the bear’s cholesterol levels in winter, but bears don’t suffer hardening of the arteries thanks to chemicals in their bodies that metabolize it.

Keep an eye out for bear tracks in the woods this month as they wake and begin the search to feed a very empty stomach. Following bear tracks is easy in the crusty snow of spring. For a fascinating winter outing, put on snowshoes and wander a bear’s trail to see where his nose led him in his search for sustenance.